OU News
You are at:Home»Around the OU»TV and radio»10 programmes that inspired us in 2018

Did you see any of our co-produced BBC programmes this year? Millions of people tuned in to discover thousands of years of visual culture in Civilisations, to listen to research into how society works in Thinking Allowed, and to see if Hugh Fearnley-Whittingstall could inspire healthier lifestyles in Britain’s Fat Fight.In 2018 OU/BBC programmes won more awards than ever before, including a BAFTA for The Detectives and Royal Television Society award for Hospital. All our series reflect our broad and amazing curriculum delivering unique audio and video assets for our students.

Taking you on wonderful journeys

We took viewers on some wonderful journeys: Exploring the flora and fauna of the beautiful South West of England with Hugh’s Wild West to venturing further afield in A Search for a New Earth, one of Professor Stephen Hawking’s last series. There were series too which undertook a different form of exploration as we examined the hugely successful IKEA empire. OU/BBC radio series continued the theme with BBC Inside Science and OU academics contributed to Radio 4’s Thinking Allowed and All in the Mind examining a diverse range of subjects from Smart Cities to our mental wellbeing.

2019 promises to be an equally inspiring year – look out for Icons, Blue Planet Live and new digital content on BBC Ideas.

Here’s our top ten on TV, radio and online, that inspired you in your millions: 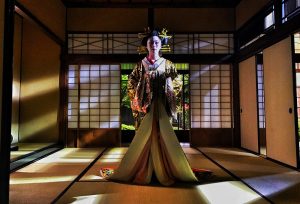 This landmark series was billed as an antidote to modern life, with hours of detailed footage examining works of art. The series was presented by Mary Beard, David Olusoga and Simon Schama and was one of the most anticipated TV art series in many years. You can still watch the programme on the BBC iPlayer.

Read more about Open University academics’ take on this fantastic series, and you can still request a free poster. The series also links into our new Arts History Curriculum including a third level art history course Art and its Global Histories.

This long-running Open University supported series on Radio 4 examines new research on how society works and this year has been discussing topics as diverse as domestic labour to post-truth. You can listen to the weekly podcast on iPlayer. 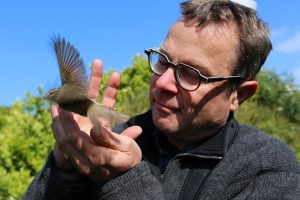 This popular wildlife series explored the West Country, revealing new sides to some familiar animals and teaming up with local people to safeguard the region’s charismatic cast of creatures.

You can still download the OU’s free booklet to go with the series, ‘Understanding Nature: Landscapes and Lives’.

Claudia Hammond presents All in the Mind, a Radio 4 programme exploring the limits and potential of the human mind.  In 2018 the programme championed the BBC’s Loneliness Experiment, trying to find out who feels most lonely and what can be done to make them feel more connected.

Listen to episodes from this year on iPlayer.

With Britain becoming the most obese country in Western Europe, Hugh Fearnley-Whittingstall is on a mission to ask food producers, restaurants and the government to confront the crisis. Open University academics took an in-depth view of obesity and what you can do about it in  this article by Dr Joan Simons, and she also examines the alarming numbers of children who are leaving primary school as obese or overweight.

You can listen to the series podcast via the BBC website.

This behind-the-scenes look at IKEA, one of the world’s most successful and recognisable global brands showed the process behind product development and design as well as lifting a lid on the busy stores.

With London’s Victoria sewer network at bursting point this series uncovered the huge engineering project to massively expand the capital’s capacity to deal with its own waste.

Academic Dr Bob Everett wrote about how London’s Victorian sewers came into existence. Read more about the biggest engineering challenge for a generation.

Short films for curious minds.  The OU have co-produced a collection of short-form factual videos, exploring ideas that challenge and inform the audience. Videos are hosted on www.bbc.com/ideas  and shared on the BBC’s homepage and news website and all their social media channels. Check out the OU playlist on this new BBC platform.

Explore our free resources on OpenLearn.

Read about more of the OU’s TV and Radio productions on OU News.