OU News
You are at:Home»Science, maths, computing and technology»Maths»‘50% increased risk of miscarriage’ due to thrush drug? OU statistician reveals the real risk to pregnant women 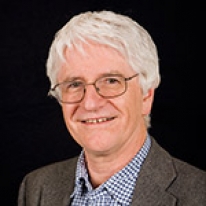 Professor Kevin McConway, Professor of Applied Statistics, writes about the numbers behind the headlines and reveals the real risk of miscarriage to pregnant women who are taking a particular drug to treat thrush is nowhere near 50%…

A recent article in the Daily Mail with the worrying headline “Pregnant women who take drug to treat thrush ‘are at 50% increased risk of suffering a miscarriage’” reported on a new study which examined how dangerous it might be to take a certain treatment – fluconazole tablets – during pregnancy. But my examination of the numbers shows the increased risk on average, across all pregnancies, would be far smaller than the 50% increase in the Mail headline. An increase from about 4.25% to about 4.43% would be nearer the mark. Here I’ll explain how I got to this rather different conclusion.

What is Fluconazole?
Thrush is an unpleasant yeast infection that, in women, can become more common during pregnancy; and in the UK, the most common treatment is applying anti-fungal medicines. Fluconazole contains anti-fungal drugs but it’s not recommended to be taken in pregnancy in the UK and many other countries, because it’s a tablet and goes throughout the body, causing concern it could affect the unborn baby.

So does this study give us the definitive answer on this drug?
The article says that “Scientists examined effects of oral fluconazole on 1.4 million pregnancies”, and “women who used the drug during the first six months of their pregnancies were nearly 50 per cent more likely to suffer a miscarriage than non-users.” That does sound pretty definitive. But is a 50% increased risk what the study actually found?

It’s true that the study did involve 1.4 million pregnancies in Denmark, over a period of 17 years, and it’s true that something to do with the risk of a miscarriage increased by 50%. But the detail is a bit more subtle than the Mail headline might have led you to believe. 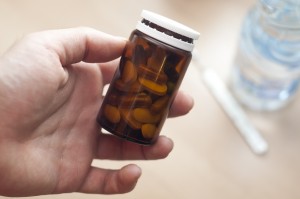 The trouble with observational studies
The study was observational. That is, it was based on looking at what happened in the 1.4 million pregnancies, whether the mother happened to take fluconazole and if there was a miscarriage, and not on (say) deliberately prescribing fluconazole to see what might happen, which would clearly be extremely unethical.

But the trouble with observational studies is that it can be very difficult to work out what is actually causing what. You can’t just look at all the pregnancies where the mother took fluconazole, and compare the rate of miscarriages with all the pregnancies where the mother didn’t take fluconazole. If you found a difference between those miscarriage rates, that might be because fluconazole increases the risk of miscarriage, but it might be because of other factors that differ between the women.

Propensity matching reduces the data sample size
The researchers understood this, and tried to compare the pregnancies involving fluconazole with pregnancies that were similar, in terms of the mother’s characteristics, where fluconazole had not been taken. They did this by a process called ‘propensity matching’. Using this method makes it much more plausible that any difference in the miscarriage rate is because of the fluconazole.

50% increased risk is a misreading
What about the “50% increased risk”? It turns out that that is a misreading of the study. The researchers did find that something called the “hazard ratio” was about 50% higher (or to be more precise, 48% higher) in pregnancies where fluconazole was taken than in the matched “control” pregnancies where fluconazole wasn’t taken. But that does not mean that the risk for all mothers who take fluconazole when pregnant is 50% higher than for mothers who don’t take it.

The researchers’ analysis had to take account of the fact that, if fluconazole does have an effect of making miscarriage more likely, it probably does not have that effect just for a day or two after taking it, but the effect probably lasts longer. Using the hazard ratio can allow for such effects that operate over time, so it is the best way to analyse such data, but it does make the interpretation a bit more complicated. The overall increase in risk for a mother who takes fluconazole will be greater if they took it earlier in the pregnancy, and using the hazard ratio can allow for that.

That isn’t anywhere near a 50% increase in risk.

We’ve also got to remember that the increase in risk from 4.25% to 4.43% isn’t necessarily applicable to all pregnancies, because of the propensity matching. The propensity matching allowed the researchers to be more confident that the difference in the miscarriage rates was attributable to the fluconazole, though they still could not be sure on that, because the difference may instead be due to factors they did not take account of.

A small increase to a small risk
But the matching does make it much harder to see exactly how much the risk would increase in an average pregnancy if the mother took fluconazole. In my view, the increased risk on average, across all pregnancies, would probably be much nearer the increase from 4.25% to 4.43% that was observed here, than the 50% increase in the Mail headline.

It’s worth remembering that for women in a country like Denmark (or the UK) with good health care, the chance of a pregnancy ending in a miscarriage between weeks seven and 22 is small. If fluconazole is associated with an increase of risk of the kind of amount observed in this study, then in absolute terms, that’s a very small increase to what’s already a small risk. But there are effective alternative treatments in most cases of thrush, so even that small increase is one you might well want to avoid.

Professor Kevin McConway is Professor of Applied Statistics in the Department of Maths, Computing and Technology. He works on applications of statistics in biological and medical sciences, and on the representation of ideas of risk and uncertainty.