OU News
You are at:Home»Around the OU»OU academics get funding for Mars research

Martians may be the preserve of 20th Century science fiction writers but planetary scientists are still fascinated with Mars and the possibility that primitive life-forms once existed – and if evidence of that remains today.

Now two Open University academics have been awarded combined funding of over £200,000 to help unlock the secrets of the red planet.

Dr Peter Fawdon and Dr James Holmes, both from the Faculty of Science, Technology, Engineering and Mathematics, have received funding from the UK Space Agency Aurora Science Fellowship programme to help with their respective research.

Is there life on Mars?

Dr Peter Fawdon has received just over £104,000 to research the timings and locations of the most habitable periods in the geological history of Mars.

He will use his expertise in planetary remote timing and the Geographic Information System (GIS) to explore Oxia Planum, the landing site which the Rosalind Franklin rover mission, which forms part of the ExoMars mission, will visit in 2022.

“By creating the first maps of the ExoMars rover landing point I will provide input into the initial strategic decisions of the ExoMars mission. This project will be helping to decide where to go to look for evidence of life on Mars.” 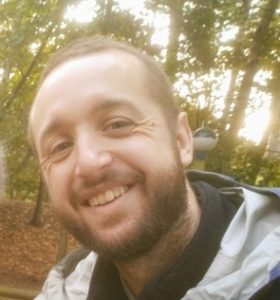 Meanwhile, Dr James Holmes has received just over £102,000 from the UK Space Agency Aurora Science Fellowship Scheme to assess how interannual variations in atmospheric dust affect water loss on Mars. These findings about the current climate will be used to inform the debate around the potential for life on Mars.

“The research in this proposal will quantify how dust and water interact with one another on Mars, understanding of which will help to elucidate the present-day rate of climate change; a crucial piece of information for assessing the evolution of the habitability potential of Mars.”

The project is planned for three years, with the first year guaranteed by UK Space Agency budget. The research will be conducted as part of the OU ExoMars team, running multi-year simulations of the Mars atmosphere on the ExoMars cluster constrained by available satellite data. There will also be dedicated simulations in preparation for the upcoming ExoMars Rover mission in 2022.

Dr Holmes did his PhD at the OU during which he adapted a computer model of Mars to be able to combine with satellite observations of chemical species (called data assimilation), for which his is the only group in the world currently capable of doing this for Mars. Since his PhD, he has remained at the OU in several postdoc positions continuing his research on this area.