OU News
You are at:Home»Around the OU»OU mathematics professor honoured by Royal Society in their annual awards

Professor June Barrow-Green has been awarded the Wilkins-Bernal-Medawar Medal by the Royal Society for her research in 19th and 20th century mathematics, notably on historical roots of modern computing, dynamical systems and the three-body problem.

Her work places special emphasis on the under-representation of women in historical narratives and in contemporary mathematics. Her recent work includes decolonising of the mathematical curriculum.

She is one of 26 medal and award winners announced today (Tuesday 24th August) by the Royal Society. These are people who are recognised for their exceptional research and outstanding contributions, from advancing quantum computing, revolutionising prenatal testing, and challenging racist pseudoscience. 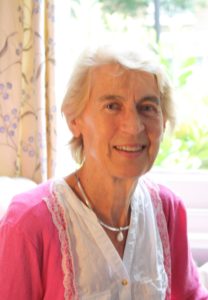 Professor Barrow-Green, who is Professor of History of Mathematics in the Faculty of Science, Technology, Engineering & Mathematics says she is delighted to be recognised in this way:

“I am very honoured (and surprised!) to receive this award. It is wonderful that the Royal Society recognises interdisciplinary research in this way.

“I am particularly pleased that my work on the history of the gender gap in mathematics and on decolonising the mathematics curriculum has been highlighted as these are two areas of research about which I feel passionately.

“I believe this is the first time the prize has been awarded to a historian of mathematics and I would like to dedicate it to all my colleagues in history of mathematics who have supported me over the years, especially my OU colleagues Jeremy Gray and the late John Fauvel whose kindness and erudition I shall never forget.”

The Royal Society is a self-governing Fellowship of many of the world’s most distinguished scientists drawn from all areas of science, engineering, and medicine. The Society’s fundamental purpose, as it has been since its foundation in 1660, is to recognise, promote, and support excellence in science and to encourage the development and use of science for the benefit of humanity.

Dame Jocelynn Bell-Burnell was also recognised by the Royal Society in the awards, receiving the prestigious Copley Medal – the world’s oldest scientific prize. She was the OU’s first female physics tutor in 1973 and went on to be the Head of Physics at the OU – also receiving an honorary doctorate from OU.

Recognising excellence in the history of science

The Wilkins-Bernal-Medawar Medal is awarded annually to individuals recognising excellence in a subject relating to the history of science, philosophy of science or the social function of science.

“Through its medals and awards the Royal Society recognises those researchers and science communicators who have played a critical part in expanding our understanding of the world around us.”

“From advancing vaccine development to catching the first glimpses of distant pulsars, these discoveries shape our societies, answer fundamental questions and open new avenues for exploration.”

The Royal Society’s medals and awards are awarded annually to recognise outstanding and exceptional scientific achievement. Some of the awards have been awarded for the past several hundred years including the Copley Medal, the world’s oldest scientific medal still awarded today and first awarded in 1731.

The full list of medals and awards, including their description and past winners can be found on the Royal Society website: https://royalsociety.org/grants-schemes-awards/awards/