OU News
You are at:Home»Science, maths, computing and technology»Computing»“A load of hot air? The carbon footprint of the Paris climate conference’s Twitter deluge”

I am sure that it has not escaped you that there was a major climate change conference taking place in Paris recently. I won’t become embroiled in the climate debate, as everyone has an opinion. But I am interested in (or is it hot air) at events such as this — when they are shared on social media?

To work out how many tweets this conference generated is nearly impossible — everyone tweets, retweets, uses different hashtags and may not even have been in the French capital when they share their feelings with the world, or at least their followers.

The reality is that everyone–tweeting at the conference could actually have been contributing to our demise one tweet at a time. Stop and think about it, each tweet consumes energy. Our phones, wireless devices, internet infrastructure such as network routers, switches and mobile network providers all use power to send us the packets of data that distribute these utterances. Worse is that they are always switched on, ready to transmit even when we have nothing to share.

Back in 2010, Jaymi Heimbuch presented an excellent explanation regarding the carbon footprint of Twitter. She estimated that each tweet consumes around 90 joules of energy, which equates to an emission of around 0.02 grams of CO2 (carbon dioxide), the very gas we talk about when we refer to our carbon foot prints. This is a reasonable estimation when you consider all the technology used on the internet to handle our myriad messages.

Now we have to ask how many tweets there are per day. Globally, there are around three quarters of a billion (on average) daily tweets, equating to approximately 10,000 per second — a number that is increasing all of the time.

Doing the maths, we can see that global twitter emissions amount to 10,000 x 0.02 = 200 grammes per second. This means that every twitter second weighs in carbon terms the same as four Mars Bars! Returning to the daily figure of 750,000,000 tweets, that rises to 15,000,000 grammes — or 15 metric tonnes of carbon dioxide (the same as three adult male African Elephants). 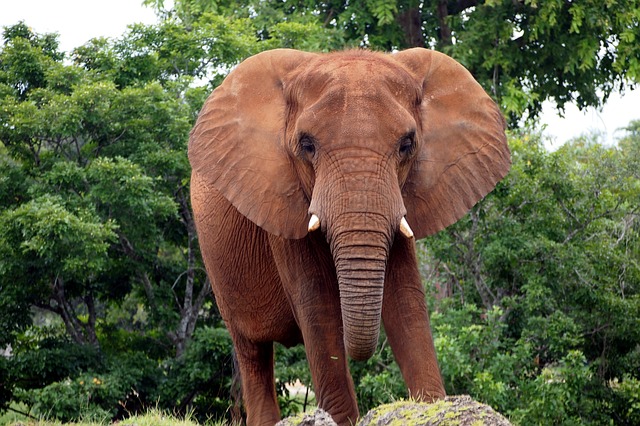 Coming back to the conference in Paris, we could focus on one relevant tweet.

Here, US President Barack Obama (or one of his aides) shared a global power consumption prediction. But, let us explore how much carbon that single tweet generated.

Assuming that all of his 5.32 million followers saw this single tweet, we would have 5,320,000 x 0.02 = 106,400 grammes in a single tweet. This is 106.4 kilograms, giving some perspective the average adult human male is in the region of 80-83 kilograms. There were over 4000 retweets, reaching an even larger audience — without being able to see the twitter impressions — the number of actual views of thePresident’s twitter account. It is reasonable to assume that the actual value will be considerably larger.

Or, we could explore the impact of a hashtag – the Climate Conference used #COP21. This was a very busy hashtag during the conference. Using TweetReach — I took a snapshot, showing the behaviour of #COP21 during the middle of the first week of the conference. Doing the same calculation as before, we now have 320,250 x 0.02 = 6405 grammes, which is 6.4 kilograms. The weight of a typical Christmas Turkey (without trimmings).

I hope that the irony is not lost — we cannot assume that the conference has tweeted a single Turkey. As many tweeters will use other hashtags or none at all. This will mean that we are probably looking at many Turkey’s tweeted over the full duration of the conference.

Who knows if this climate conference is hot air, who knows what impact it will have for us and our children’s, children. However, it does not take a mathematical genius to understand that the Internet has its own carbon footprint and Twitter is the tip of a potentially melting iceberg. As a network engineer, I know that the Internet consumes power – 24×7, irrespective of when we use social media. There are experts already discussing the issue of the internet’s own emissions and in my view, we are only worsening the situation as social media use is continually increasing.