A campaign celebrating the stories of the OU’s diverse student community won a UK-wide social media award. The #Iwas campaign was announced as winner of the Best User-Generated Content category in the The Drum’s Social Buzz Awards. 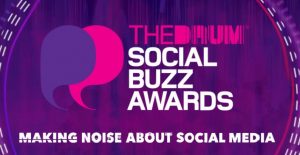 The campaign drew on the experience of the OU’s broad depth of students and alumni who took to social media to demonstrate the value of flexible distance learning and the role it can play in addressing the UK skills through the voices of its student and alumni community.

Photographs and stories flooded Twitter, Facebook, Instagram and LinkedIn to spread the message of the #Iwas campaign – that embarking on Higher Education study is not just for 18 to 21-year-olds.

The campaign produced hundreds of accounts of how OU study had realised dreams, changed personal perceptions and had actively boosted career and employment opportunities for students.

The campaign beat stiff competition, including the ActionAid UK’s Brutal Cut campaign which scooped a total of six awards on the night. The awards attract big name agencies and brands, and the judges commented that the campaign was a simple and accessible way to highlight how the OU changes lives, with great execution.

The beauty of the #Iwas campaign is its simplicity – asking our amazing and inspiring students and graduates to share their stories. We simply gave them the tools to help them do this, captured and amplified them.

She said the campaign inspired both the OU’s current community of almost 170,000 students and its two million alumni around the globe:

The #Iwas campaign was a motivational reminder of why and how the OU changes lives. Thank you to everyone who shared their stories with us, it was an absolute pleasure to read them all. Winning not one, but two awards is simply the icing on the cake.”

The awards ceremony was held in London on 29th November 2017. Members of the team can be seen talking about their win here: