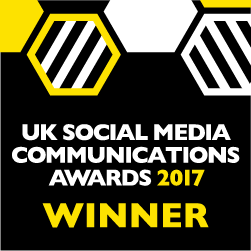 The campaign drew on the experience of the OU’s broad depth of students and alumni who took to social media to demonstrate the value of flexible distance learning and the role it can play in addressing the UK skills through the voices of its student and alumni community.

Photographs and stories flooded Twitter, Facebook, Instagram and LinkedIn to spread the message of the #Iwas campaign – that embarking on Higher Education study is not just for 18 to 21-year-olds.

#Iwas 41 with a desire to study & prove something to myself. It was a real balancing act, so I proved more than I thought. #lifelonglearning pic.twitter.com/zTwwDnZcI3

The campaign was devised and executed by the Social Media Engagement Team, supported by the Government and External Affairs team – both part of the Communications Unit at The Open University.

It came top of a shortlist of eight, beating stiff competition from many well known brands and leading communications agencies. Judges commented that the campaign used “credible advocates” and was “stunning” in its reach and capacity.

Judges saw a campaign which challenged itself to engage an existing audience using credible advocates. A great example of using social media on a minimal budget to achieve superb engagement with measurable results.

The campaign produced hundreds of accounts of how OU study had realised dreams, changed personal perceptions and had actively boosted career and employment opportunities for students.

Robyn Bateman, Deputy Head of Social Media Engagement, said: “This is such good news, not just for us but for the whole university.

The beauty of the #Iwas campaign is its simplicity – asking our amazing and inspiring students and graduates to share their stories. We simply gave them the tools to help them do this, captured and amplified them.

She said the campaign has inspired both the OU’s current community of almost 170,000 students and its two million alumni around the globe:

The #Iwas campaign was a motivational reminder of why and how the OU changes lives. Thank you to everyone who shared their stories with us, it was an absolute pleasure to read them all.”

The awards ceremony was held in London last night (18th Oct) and members of the campaign team were joined by OU honorary graduate and Paralympian, Darren Harris, who fronted the video for the #Iwas campaign, and graduate Nathaniel Lawrence who secured his dream job at Cisco, thanks to his OU IT and Computing degree.