OU News
You are at:Home»Around the OU»University news»9 ways Open University research helped us understand the world in 2018

From discovering a new planet to predicting volcanic eruptions; tackling fake news to discovering reading habits of the past, Open University research has been helping us understand more about our world and beyond in 2018.

A team involving The Open University found that trees growing on Amazon floodplains surrounding the Amazon River emit as much methane (CH4) into the atmosphere as all of the world’s oceans. Professor Vince Gauci co-authored the paper, which appeared in Nature, and said:

“Emissions from these Amazon trees are still only half as much as those created by humans in the form of landfill and waste, so we should be targeting reductions in human emissions. This also includes the dairy and meat industries, and fossil fuel emissions, such as from fracking.” 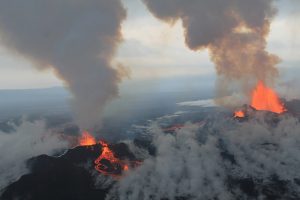 Scientists from the OU have developed a new technique to help predict when a volcano is most likely to erupt based on measurements of how much nearby ground swells. Lead author of the new research and Reader in Volcanology at The Open University, Stephen Blake, explains:

“Like a weather forecast which gives the percentage chance of rain on some day in the future, the method we have developed identifies the probability that an active volcano will erupt during any particular period of time, so that local residents have time to prepare.”

The research was published in Earth and Planetary Science Letters.

A €1 million research project is creating digital tools to find out what people’s reading habits were from the 18th century to the present day. Dr Shafquat Towheed, Senior Lecturer in English, and UK Principal Investigator for the Reading Europe Advanced Data Investigation Tool (READ-IT) three-year project, says that understanding reading habits from the past are important:

“We can only really understand current reading habits if we have a comparison. Changes throughout history, for instance the introduction of electricity and the advent of the internet, will have influenced and shaped how people consume books and what their responses are to them.”

4. We helped discover a new planet 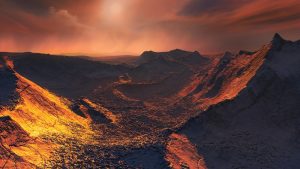 OU researchers were part of an international team which discovered a new planet over three times the size of Earth. It was found orbiting the closest single star to the Sun.  Professor Carole Haswell, Post-Doctoral Researcher Dr John Barnes and former OU PhD student Dr Daniel Staab were all part of the team that made the discovery, which was published in Nature. Professor Haswell said:

“This new discovery offers exciting prospects to learn more about the Galaxy’s diversity of planetary systems, starting with our own Solar System’s near neighbours.”

In January 2018 we announced that the OU will be playing a lead role in the creation and running of the Institute of Coding. The OU received £1 million funding and £1 million co-investment and will develop the Institute’s first theme, University Learners, which aims to transform graduate employability through innovative teaching provision accredited to a new co-designed industry standard.

“There are not enough graduates currently in cyber security, data science and in general coding”, said Professor John Domingue, Director of the OU’s Knowledge Media Institute and OU lead for the IoC. “Our many decades worth of experience of attending to the learning needs of our students, founded on our ethos of open learning, will be leveraged to address the significant issues associated with widening participation in the computing area.”

Harith Alani, Professor of Web Science at the OU, is part of the Co-Creating Misinformation-Resilient Societies’ (Acronym ‘Co-Inform) project, which has received €4.11M from the European Commission Horizon 2020 Societal Challenges fund, to tackle the spread of misinformation.

The project will develop ways to detect and combat misinforming posts on social media; predict which fake news is most likely to spread, and provide policymakers with advanced analysis, so that they are aware of it when generating policy. Professor Alani said:

“This project will make available a new generation of tools and methodologies to battle online misinformation. Impact will be on the platforms where misinformation spreads wildly, on the end users who consume and share misinformation, as well as on policy makers.” 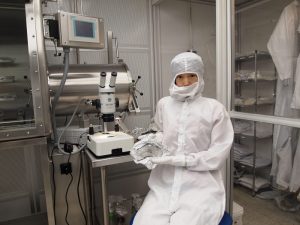 In a paper published on 10 January in Science Advances, Dr Queenie Chan (pictured) described how an analysis of crystals has revealed that Ceres could be a water-rich world that is a suitable place for the formation of life and how advances in technology have made this possible. Dr Chan explains why they are so exciting:

“The salt crystals, which show a similar colour to blue sapphire, are essentially little packages full of organic compounds including amino acids – the building blocks of life.

“This was actually the first comprehensive analysis of the salt crystals on Zag and Monahans [meteorites]. They have been stored for almost 20 years and we have been waiting for the development of lab equipment powerful enough to analyse what is in each crystal at nanoscopic scales.”

8. How migration aids growth in Africa

The Open University was awarded £706,706 by the Economic and Social Research Council (ESRC) to explore how migration is contributing to growth in Africa.

OU researchers were awarded £462,374 by the UK Space Agency to configure instruments to conduct new science on Mars. They were also awarded Aurora grants to identify potential signs of life to investigate whether the discovery of water and iron on Mars make it a habitable environment.

In 2018 we celebrated Open University research with the Research Excellence Awards.  You can read all about the winners, which included a project that researched the benefits of digital wearables for health monitoring and the Rosetta team that orchestrated the first ever landing on a comet.

Find out more about OU research

Take a look at our Research website to investigate all of The Open University’s ground-breaking research projects.