A raft of award winning television and radio programmes co-produced with the BBC in 2016 inspired and informed us. Here are some of the highlights from this year: 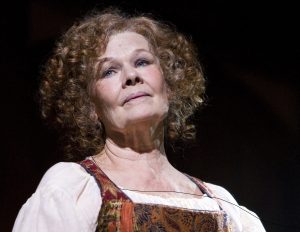 The 400th anniversary of Shakespeare’s death saw the OU team up with the BBC, the Royal Shakespeare Company and the British Council to produce a range of programmes exploring his language and impact; including Shakespeare Live! From the RSC.

Many facets of human experience have been explored this year, from the ways we educate our children with The Educators on Radio 4, to inter-generational relationships in Hairy Bikers’ Old School; and from the impact of war for huge numbers of migrants seeking refuge in Exodus: Our Journey to Europe to the inspirational stories of those coping and living with cancer in The Big C & Me.

This year we also shed light on things we take for granted in daily life: We discovered how cars are made in Building Cars Live and took to the sky to examine the complex world of air travel and technology in City in the Sky.

Our programmes covered the globe: We looked at health management on an international scale with the World Service in The Truth about Success and Failure in Medicine, examined the history of Vienna in Vienna: The Imperial City and closer to home explored Ireland with Simon Reeve and Scotland’s political landscape with Andrew Marr in Scotland and the Battle for Britain.

OU/BBC programmes have received an unprecedented number of nominations and awards this year. How to Die: Simon’s Choice and The Hunt won at The Grierson Awards; and The Hunt also scooped two awards at the BAFTAs. Dementiaville won at the Learning On Screen Awards. Exodus: Our journey to Europe won at the Prix Italia awards, and we finish off this year with the highly acclaimed Bronte drama, To Walk Invisible for BBC One.

2017 will be another year of inspiring content across the BBC including programmes looking at massive engineering projects like Cross Rail, observational documentaries with the police and the NHS and fascinating explorations of space.

The OU has partnered with the BBC for over 40 years to produce educational radio and television broadcasts – this has evolved from late night television lectures to prime-time blockbusters today such as Frozen Planet, Bang Goes the Theory, Coast, The Hunt and Business Boomers.