OU News
You are at:Home»Around the OU»TV and radio»Success for OU co-productions at The Grierson Awards

The OU is celebrating success at an international awards ceremony for two of its co-productions with the BBC.

The two programmes,  How to Die: Simon’s Choice and The Hunt achieved success at the 44th Grierson Awards, hosted by Jon Culshaw and held at The Mermaid, London on Monday 7th November. The awards recognise and celebrate documentaries from Britain and abroad that have made a significant contribution to the genre and that demonstrate quality, integrity, creativity, originality and overall excellence. 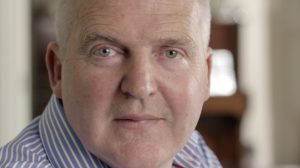 How to Die: Simon’s Choice won Best Documentary on a Contemporary Theme (Domestic).  The film was produced by Minnow Films in partnership with The Open University, was commissioned by Dr Caroline Ogilvie, the academic team was Dr Samantha Murphy and Prof. Derek Matravers, and Caroline Green was the Broadcast Project Manager.  The film tells the dramatic and poignant story of one man facing a heart wrenching decision of whether to end his life at a suicide clinic.  Shot against the back-drop of recent parliamentary debate on the assisted dying bill, Simon’s remarkable story explores the complex human questions at the heart of this deeply divisive issue.  The documentary was supported by the Faculty of Arts and Social Science and had particular relevance to BA (Hons) Health and Social Care (Q18) and also MA Philosophy (F30) 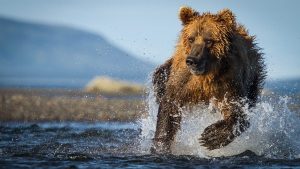 The Hunt, won Best Natural History Documentary.  The series, narrated by Sir David Attenborough, was produced by Silverback Films in partnership with The Open University, was commissioned by Dr Caroline Ogilvie, the academic team was Dr Vicky Taylor and Dr Miranda Dyson, and Caroline Green was the Broadcast Project Manager.  The series showed a unique perspective on how predators track their prey and gave audiences a revealing look at how both change their behaviours, refine their skills and ultimately adapt to cope with the challenges they face to survive. Supported by the Faculty of Science, Technology, Engineering and Mathematics, this was particularly relevant to OU students studying S295: The Biology of Survival module.  An augmented reality poster was also produced to support the series.