Thursday 5 July marks the 70th anniversary of the National Health Service, one of the nation’s best loved institutions. To celebrate this milestone and the vital role it plays in our lives, the OU and the BBC have co-produced three programmes that showcase the NHS’ achievements and debate its future. 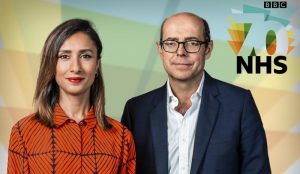 Presented by Anita Rani and Nick Robinson, live from Birmingham’s Queen Elizabeth Hospital, the programme will ask the big questions about the role of the NHS today and in the future, in front of an audience of patients and NHS professionals.

Anita and Nick will be joined by Helen Skelton live from the maternity ward of the Birmingham Women’s Hospital next door. Dr Kevin Fong will look at how new technology could transform the NHS, and Dr Zoe Williams will investigate the obesity epidemic.

The programme will be posing questions about how good the NHS is at keeping us alive, compared to other countries; how much money the NHS really needs to keep healthcare free; and how the NHS reinvents itself for the future.

These important queries are informed by a report, The public and the NHS, put together by leading health and economic think tanks. For the first time, The King’s Fund, the IFS, the Nuffield Trust and The Health Foundation are joining forces to address important issues facing the NHS today.

The People vs the NHS: Who Gets the Drugs?

The People vs the NHS: Who Gets the Drugs? follows the incredible story of the battle for PrEP, a HIV drug, on the NHS; it’s on BBC2 at 9pm on Wednesday 27 June. 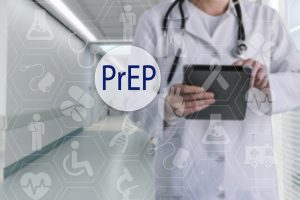 Pre-exposure prophylaxis, or PrEP is a drug that people at very high risk for HIV take daily to lower their chances of getting infected by the virus. When taken consistently, PrEP can stop HIV from taking hold and spreading throughout the body.  Experts believe it could end the HIV and AIDS epidemic. But in 2016 the NHS, after 18 months of consultation, made the controversial decision that they could not fund it.

This is the incredible story of the battle for PrEP on the NHS – a legal fight which saw doctors, activists and AIDS charities come together to overturn the NHS decision.  At the heart of the story is one man, Greg Owen, who, despite being homeless, helped stop thousands becoming HIV positive by setting up a website which allowed people to buy generic PrEP from drug manufacturers in India.

The programme explores the hugely complex decisions facing a cash strapped health service in one of the most difficult periods in its history.  How are decisions about what and what not to fund made?  What is the NHS for, and what should it be in 2018?

The NHS: A People’s History

The NHS: A People’s History is a three-part series on BBC Four, starting at 9pm on Monday 2 July. 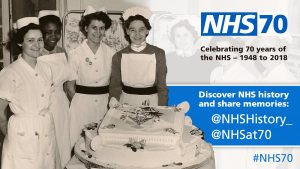 Presented by Alex Brooker, the programme tells the story of the NHS through the voices of the people whose lives it has affected, from its birth in 1948 to the present day. Patients and staff from all over the country share their treasured mementoes to tell deeply personal stories that chart the highs and lows of the NHS’ 70-year history.

The first episode visits the first twenty-five years of the service and unveils a host of unique artefacts including:

During this time a medical revolution was happening – and as the decades progressed, free access to medical care was clearly dramatically improving the health of the nation.

A leading orthopaedic surgeon reveals the ground-breaking device invented by an NHS doctor in the 50s which revolutionised hip replacement surgery, and the daughter of a GP unfurls an incredible scroll of records of every case of childhood disease he treated, fascinating primary evidence of the monumental impact of the nation’s first NHS funded vaccine campaign.

Read more about the history of the NHS

Find out about The Open University’s nursing and healthcare courses

Explore OpenLearn for free resources and an interactive to ask what healthcare you would fund.

Explore our Nursing360 campaign, which shone a spotlight on many aspects of nursing with personal stories, news, and feature articles