OU News
You are at:Home»Education, languages and health»Health»New OU report reveals financial cost of the nursing shortage to the NHS

NHS trusts in England were forced to spend £1.46 billion last year on temporary staffing to plug gaps in nursing rotas, according to our new report.

Our Tackling the Nursing Shortage report also reveals that we need new ways to tackle it, such as alternative ways for people to study to become a registered nurse.

This huge £1.46 billion cost, equivalent to the salaries of 66,000 newly qualified registered nurses, came from data obtained under the Freedom of Information Act from 146 NHS trusts across the country. Collectively, these trusts had been forced to pay for an additional 79 million hours of registered nurse time to plug the gap in 2017. Out of 241 individual NHS trusts in England who were approached in the OU-commissioned research, 146 responded. This represents a 61% response rate. 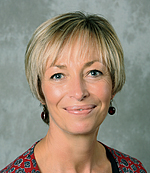 The OU’s Professor Jan Draper said: “The sector is facing challenging times. Relying on temporary nurses to plug gaps is just sticking a plaster over the problem, and costs considerably more than if vacancies were filled permanently.”

A challenging time for nursing

Tackling the Nursing Shortage also features a newly-commissioned UK survey of 500 registered nurses and healthcare support workers. The survey revealed that three quarters (76%) of registered nurses expect the shortage to worsen in the next 12 months, and three in five (61%) believe even more temporary staff will be needed.

The study found one in three (34%) registered nurses are unhappy in their current role – and a similar number (35%) are thinking of leaving their job if things do not improve.

In this survey, more than half (54%) of registered nurses surveyed identified poor retention as one of the biggest factors affecting nursing in their main place of work. One in four (27%) registered nurses left the NHS trust where they qualified for other jobs immediately after completing their initial training, while 43 per cent had left within 12 months. Many nurses have to complete their pre-registration training away from home, particularly in rural areas – as many as 16 per cent said a desire to return home after qualifying was their main reason for moving. It’s crucial that employers pay close attention to the issues that are most likely to see nurses move on, but often they are moving for valid reasons, such as securing better training and development opportunities.

Attracting new recruits is the other challenge, the survey revealed. The introduction of student loans for nursing degrees has seen the number of applications to study nursing at university fall by around a third since 2016, and overseas applications to the register have fallen 87 per cent in the last year as a result of the EU referendum. For this reason, creating new or alternative routes into the nursing profession is essential.

Prof Draper said: “We know that poor retention and low recruitment results in inefficiencies and ultimately puts patient care at risk. It’s vital that we look to a more strategic and sustainable approach.”

One way to tackle the shortage is to provide alternative ways for people to study to become a registered nurse.

In this survey, nearly two thirds (63%) of registered nurses believe offering flexible distance learning would help to recruit nursing students from more remote areas and keep nurses in these areas after they qualify. Over two thirds (71%) believe apprenticeships could help to attract new student nurses to the profession and 60% believe that it offers a good alternative after the removal of bursaries for trainee nurses.

Offering trusts the opportunity to develop their existing health care support workers and new recruits via on-the-job training makes work-based learning and the concept of a Registered Nurse Degree Apprenticeship appealing. The NHS is the biggest contributor to the apprenticeship levy, so this approach would ensure they are making the most of their investment. Work-based training and apprenticeships could therefore offer a more stable long-term approach.

Prof Draper adds: “Taking advantage of recently introduced degree apprenticeships that offer flexible work-based learning is one solution, making use of funding already ring-fenced to pay for training while opening up new routes into the profession.

“Not only can this approach inspire and motivate the workforce, it can also increase future nursing supply and reduce retention issues in local communities, helping to reduce the strain on the sector.”

Find out about our nursing courses