Prime Minister Theresa May has confirmed that improving support for part-time and distance learning will be at the heart of the UK Government’s review of university and FE funding in England.

The review, which will be supported by an independent panel, will report early in 2019 and will cover all aspects of the funding for tertiary education. It is expected to provide a blueprint for the future of higher level academic, vocational and technical education.

“Distance learning students – the real casualties of the 2012 reforms” 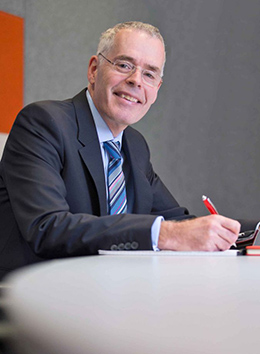 Vice-Chancellor, Peter Horrocks, has been arguing that the funding reforms of 2012 have unintentionally undermined part-time study in England and making the case for a change in policy. He said: “I am delighted that part of this review will look at the real casualties of the 2012 reforms – part-time and distance learning students. The collapse in part-time student numbers in England is undermining attempts to tackle the skills crisis in the economy. The market has failed these students.

We now have a chance to get back on track and make ‘learn while you earn’ a mantra for success in higher education.

The OU will be submitting evidence to the review, building on a paper last year, which made the case for a ‘part-time premium’ and a series of other measures designed to reverse the decline in ‘learn while you earn’ study.

“A system of tertiary education that works for all young people”

Figures from the Higher Education Statistics Agency (HESA) have shown that the number of people starting undergraduate courses in England fell by 59 per cent in the five years to 2016/17.

The impact has been particularly hard on students from disadvantaged backgrounds. Although students from these backgrounds going to full-time universities have risen by 10 per cent over five years, the numbers starting part-time courses in the same period fell by 54 per cent – a worrying overall decline of 17 per cent.

In a speech in Derby to launch the review, Mrs May said she wanted to “create a system of tertiary education that works for all our young people”. She acknowledged that as well as looking at full-time education, the review would need to cover people who wanted to retrain during their careers by encouraging flexible lifelong learning, including part-time and distance education.