A new study from a conservative think tank has explored some of the reasons behind a decline in the number of people studying part-time in recent years.  The report from Bright Blue has been featured in the Financial Times and also proposes steps which could be taken by government and business to reverse the decline.  In this blog post, also posted on WonkHE, OU Vice-Chancellor, Peter Horrocks, gives his assessment of the report.

I’ve always had an eye for a wonk and a keen interest in new ideas emerging from the think tank thickets. As a BBC Newsnight producer in the early 1980s I recall giving interview time to radical ideas from the likes of the then unknown John Redwood, Michael Portillo and Oliver Letwin. When their ideas first emerged they were rejected by the Conservative mainstream, but they soon became orthodoxy. Now we are seeing some fascinating reformist stirrings in a new generation of Tory think-tankers. 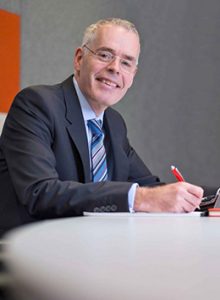 Following the striking Conservative election victory and the government’s positioning itself as a newfound “workers party” we saw the Chancellor stealing policies, not just rhetoric, from the left when he proposed the new apprenticeship levy on employers. Now we see some of his favourite intellectual outriders moving education policy up a level, with similar daring.

Step forward Bright Blue – a think tank and pressure group for liberal conservatism.  As well as offering a valuable insight into the state of the part-time sector, their report makes some radical suggestions for addressing the decline in mature study. It proposes a lifetime Higher Education tuition fee loan account and a new graduate levy on big employers with large graduate workforces.

True political consensus
What is interesting is seeing a respected conservative-leaning organisation advocating market interventions for economic and social outcomes.  And not just that, but we find a conservative think tank championing lifelong learning, previously seen as a New Labour concept.  Whether this represents true political consensus is open to debate, but what is clear is that the importance of lifelong learning – and the role of part-time education – is being recognised across the political spectrum.

The report also unveils some interesting new ComRes polling on the reasons people apply for part-time study and why they may be put off.  It shows that financial constraints are a key reason people may not convert a desire to study part-time into action.  This is particularly high among those from poorer backgrounds, with more than half (56%) of those from the lowest social grade reporting ‘could not afford it’ among the key reasons for not pursuing a desire to undertake a part-time degree. As Nick Hillman put it in the title of his recent HEPI pamphlet on part-time – “It’s the finance stupid”.

The Open University is one of the biggest drivers of social mobility in the UK, supporting a third of all students in England without the usual entry requirements, which is why we support the Prime Minister’s target of doubling the number of disadvantaged people accessing higher education. We simply believe that a target about widening participation should naturally not be a narrow target – i.e. not just confined to 18 year-olds.

Until last week, the RAB Charge (the percentage of the student loan book the government estimates won’t be repaid), stood at 65% for part-time students, as opposed to 45% for their full-time counterparts.  However, in answer to a parliamentary question last week, Jo Johnson confirmed the Government had revised this figure down to 40%.  It is proof that part-time students are a better bet for the economy when it comes to repaying loans.

Ryan Shorthouse and his team at Bright Blue have produced a radical proposal which will no doubt stimulate debate in the HE sector and more widely among the business community.  The idea of asking employers to put their hands in their pockets to help pay for the higher level skills that employees need throughout their working lives will strike some as common sense and others as impossibly dirigiste. But I’m reminded of those outrageous think tank ideas of many years ago from Redwood, Portillo and Letwin.  Whatever happened to them?