The Open University (OU) is calling on the Government to introduce a new “flexible learning incentive” in its submission to the Post-18 Review into education and funding in England.

The OU argues that the main cause of the dramatic decline in the number of HE students aged 21 and over in England – especially among those combining part-time study with work – has been the financial barriers imposed by the 2012 funding reforms.  The funding system makes it difficult to study flexibly as it is designed around the needs of young full-time students.

The Government now has a chance to review the impact of those earlier reforms and address the market failure in part-time education.

In its response to the Post-18 Review panel’s call for evidence, the OU urges the UK Government to consider introducing a flexible learning incentive – something that will encourage learners who want or need to study flexibly by making the cost of their fees lower. It would make study more affordable for students while also delivering dividends for the economy.

The OU submission says the flexible learning initiative would underpin some of the aims of the UK Government’s Industrial Strategy. The challenges of low productivity, rising automation and skills shortages over coming decades can only be addressed by encouraging existing workers to retrain in higher skills – and providing them with the necessary incentive to do so.

The policy paper warns that the 2012 funding changes have also had a serious impact on social mobility, limiting the ability of people to improve their life chances through study. Analysis of official HE statistics suggests that 17% fewer people from disadvantaged areas are starting undergraduate degrees in England than before the reforms.

A system that could allow people to dip in and out of FE and HE, pursuing shorter courses as and when they need them, would enable a workforce to progress in their current roles and/or move out and change career to fulfil professional roles in and out of the public sector.  It would also give people a second chance at education if, for whatever reason, they missed out earlier in life.

There would also be scope for students in the future to select options from different degree courses and institutions to create a bespoke qualification over an extended period. 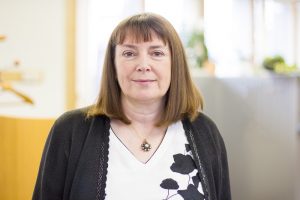 “The Review has the chance to reverse the devastating – and entirely unforeseen – impact on part-time distance learning in England caused by the 2012 reforms.

The sharp and sustained drop in part-time student numbers tells its own story. It’s a tale of lost opportunity which affects not just individual students but the economy as a whole. The only way to address this wrong is to return to some form of direct support to part-time students. A flexible learning incentive would help mature students to earn while they learn and support new forms of high-quality education. Above all, it would help drive social mobility and change lives.

The OU supports the Review’s ambitions and in particular, the vision for a “joined up” system that is “accessible to all” and gives all students “effective choices”.