OU News
You are at:Home»Science, maths, computing and technology»Mars: how scientists prevent Earth’s microbes from contaminating other planets

There are two planned Mars landings in 2021. First, Nasa’s Perseverance rover is due to land on the planet later this month. Then China’s Tianwen rover will follow in May. Both missions intend to search the planet for signs of life.  Dr Thomas Cheney, Lecturer in  Space Governance at The Open University, explains more.

But how do we make sure when our landers touch down on the red planet’s surface, nothing unwanted is landing with them? If we aren’t careful, we could be spreading all sorts of life – like in 2019, when a spacecraft crashed onto the moon’s surface with a cargo of tiny, almost indestructible lifeforms called tardigrades.

The good thing is, we have policies and laws to prevent this from happening. In fact, there’s an entire section of space law, called planetary protection, designed to prevent planets, moons, comets and asteroids from being contaminated.

For 50 years, governmental organisations have stuck to the generally accepted rules and laws. But they are no longer the only players in the game. An increasing number of commercial space missions are taking off. 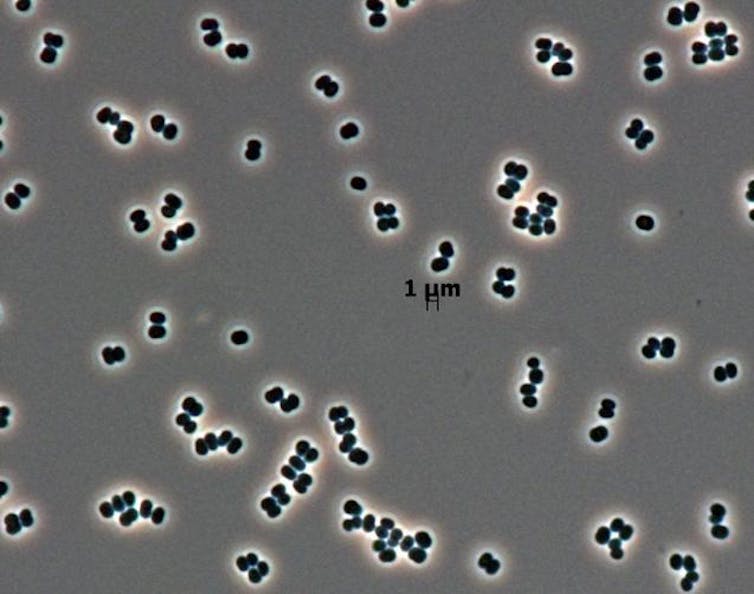 There are two variants of planetary protection, called forwards and backwards. The former concerns the contamination of other planets by material taken from Earth. This protects any life that may be on those planets, of course. But it also means scientists can be reasonably certain any signs of life they discover are actually signs of “extraterrestrial” life and not transplanted from Earth.

To achieve this, the rooms in which spacecraft are made and put together are some of the cleanest places on Earth. The facilities are regularly tested for any biological contamination, and often throw up surprising results. In 2013 a completely new type of bacteria was found in two clean rooms around 4,000km (2,500 miles) apart. The life form, which survives on eating very little, was found nowhere else on Earth.

Backwards contamination is preventing Earth being contaminated by extraterrestrial material that has hitched a ride back. In 1969, when the Apollo 11 astronauts landed back on Earth, they spent three weeks in quarantine to make sure they didn’t bring anything dangerous back from the moon. Neil Armstrong even celebrated his 39th birthday in there.

We have since learnt much more about the moon, and it’s generally considered to be microbe free. The chances of bringing anything back to Earth would be much greater if missions were to bring samples, or humans, back from Mars.

Planetary protection has a long history. The committee on space research (COSPAR), an international non-governmental organisation, began discussing it as early as the 1950s, when planned missions to the moon raised concerns about the potential for contamination to effect later scientific investigations.

Since then COSPAR’s planetary protection policy, with its scientific guidelines and recommendations, has become the internationally recognised “gold standard”. It categorises planets and moons based on their potential for life or signs of life, past or present. The greater the potential for life, the greater the protective measures. By this categorisation, Mars is better protected than the moon.

This means missions to higher category bodies require more sterilisation to ensure fewer potential contaminates travel. It can also affect end-of-life-plans for missions. Nasa’s Juno probe will be crashed into Jupiter this July in order to avoid potential contamination of Europa or any of the other moons.

But as the product of a non-governmental organisation, the COSPAR policy is not legally binding. It’s what lawyers refer to as “soft law”. This means it doesn’t have the force of a legally binding agreement but is still recognised as an important guideline that should be followed.

That said, we do have an obligation under international law to avoid the harmful contamination of outer space, the moon and other celestial bodies, as well as the Earth. This is due to the Outer Space Treaty of 1967.

While the treaty states “harmful contamination” should be avoided, it does not define what this means. However, the past 50 years establishes a fairly strong expectation that future missions will also comply with these principles.

On top of this, there’s a social and moral aspect to the obligation. Space scientists expect missions to comply with the planetary protection principles. To not do so risks condemnation from the scientific community.

The days of space beyond Earth orbit only being explored by government scientific operations are coming to a close. Private companies are increasingly venturing further away from our planet. The lunar landing attempt in 2019 that potentially contaminated the moon was by a private company, called SpaceIL. Elon Musk’s SpaceX is aiming to launch missions to Mars.

This doesn’t mean space will become a lawless wild west, because states are responsible for the activities of their nationals in outer space. They’re required to authorise and continually supervise these activities. If damage is done, it’s the state that is liable, not the private company. But many states include insurance policies as part of granting a licence.

It’s difficult to predict how this will play out, particularly given the limited directly relevant precedent. However, the general approach taken so far by the US government is encouraging. Recently, Nasa updated its planetary protection policy to explicitly stipulate it is the implementation of the US’ obligations under the Outer Space Treaty.

Based on this, it’s reasonable to assume any licence granted by the US would require they adhere to the Nasa planetary protection policy, which broadly aligns with the COPSAR policy.

This isn’t guaranteed to be maintained forever. Attempts in the US Congress to potentially exempt private actors from planetary protection requirements have already happened, as part of a bill in 2018 to reduce the “regulatory burden” on the commercial space industry. The efforts failed, but those who supported it may try again.

Planetary protection is important for maintaining the scientific value of outer space. But scientific interest is not the only reason for exploring outer space – there are many others. Where the balance lies will need to be considered, but it’s a debate that needs wide participation.