OU News
You are at:Home»Student stories»‘The OU helped me to become a published author!’

“I always dreamed of becoming an author,” says OU graduate Shereen. “But it wasn’t something I realised again until I had taken time off from my banking career.”

Shereen had been working in London’s Canary Wharf when she met her husband and took some time off to raise her family. After her break from banking, Shereen decided to retrain and return to her childhood pursuit of writing.

“After struggling to write my first novel, but realising that literature and writing was my future, I began to look at options for further education and came across the OU.”

Shereen started studying English Literature & Creative Writing with the OU in 2013, juggling her course while raising her young children.

“I think the hardest part was motivating myself to start my degree. It seemed like it would take a long time but once I had started, I remembered how much I enjoyed studying. The courses were varied and interesting and it felt good to be part of a community without the pressure of having to attend a campus.”

Over her six years of study, Shereen continued to work on her first novel, Jasmine Falling, a story set in modern-day Palestine which was inspired by tales from Shereen’s family. After being published, the debut was quickly named as one of the top 20 Best Books by Muslim Women by Goodreads.com readers.

Shereen describes how the OU creative writing modules helped to boost her confidence and enhance her storytelling skills:

“When I had finished my first novel, it felt like such a struggle and there were times when I wasn’t sure how to complete it or edit it. By the time I returned to my OU degree, I felt that I had nothing left to give my writing. I felt I had exhausted all my creative and technical abilities. Then I began the creative writing modules and that all changed.

“The qualification reinvigorated both my technical ability and also my creativeness. The modules had practical advice that helped you nurture what it meant to become a writer. It had exercises to help when your creativity was low and dispelled common myths that writing was all about waiting for the muse or even perfection. It helped create a routine. It also meant valuable, objective feedback on the assignments was given which is something a lot of writers never receive.”

The road to publication

As part of the OU’s final creative writing modules, Shereen had to create and work on a sustained piece of writing. The idea she chose would eventually turn into her second novel, The Tower. 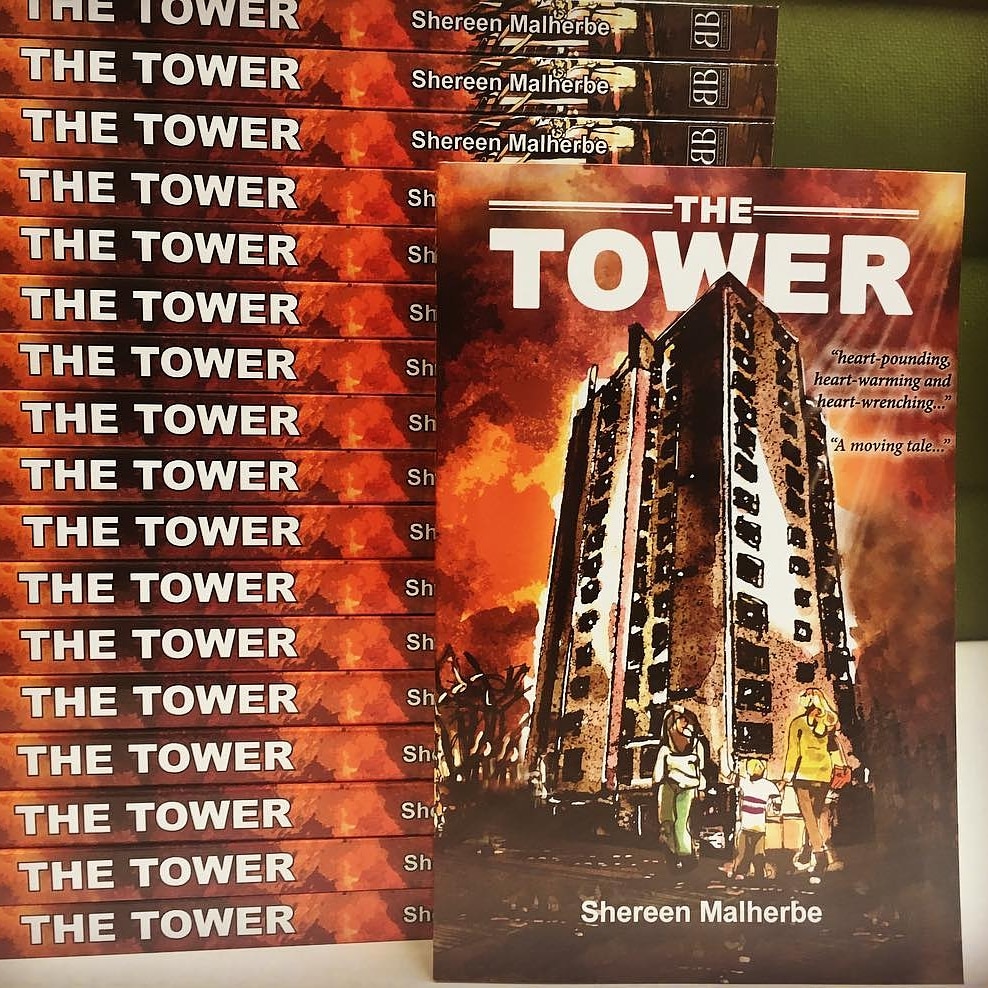 “It started as something quite different, and the process and feedback allowed it to evolve into a solid proposition. By the time by module had finished, I had an idea of characters, plot and more importantly why it was important for me to work on this piece as opposed to any others that we had done throughout the course. I worked with my tutor, Jo to refine and expand my idea until I submitted the novel’s opening chapters for my EMA.”

‘Begin your story and dedicate time to it’

By the time Shereen had handed in her last assignment and completed her degree, she had not only published one novel, but used the chapters she developed for her course to land a publishing contract for a second.

“At the end, I was exhausted but also happy that I had achieved both milestones: being an English Literature graduate and a published author of two novels. I received my contract for my first children’s book, and I am also working on a third novel, which is still in its early days. A key moment happened last year when I hosted an event for new writers at the Leicester Crossroads Festival. I felt as if I came full circle, from dreaming of writing to being in a position to help others start their writing journey. I’m very grateful.” 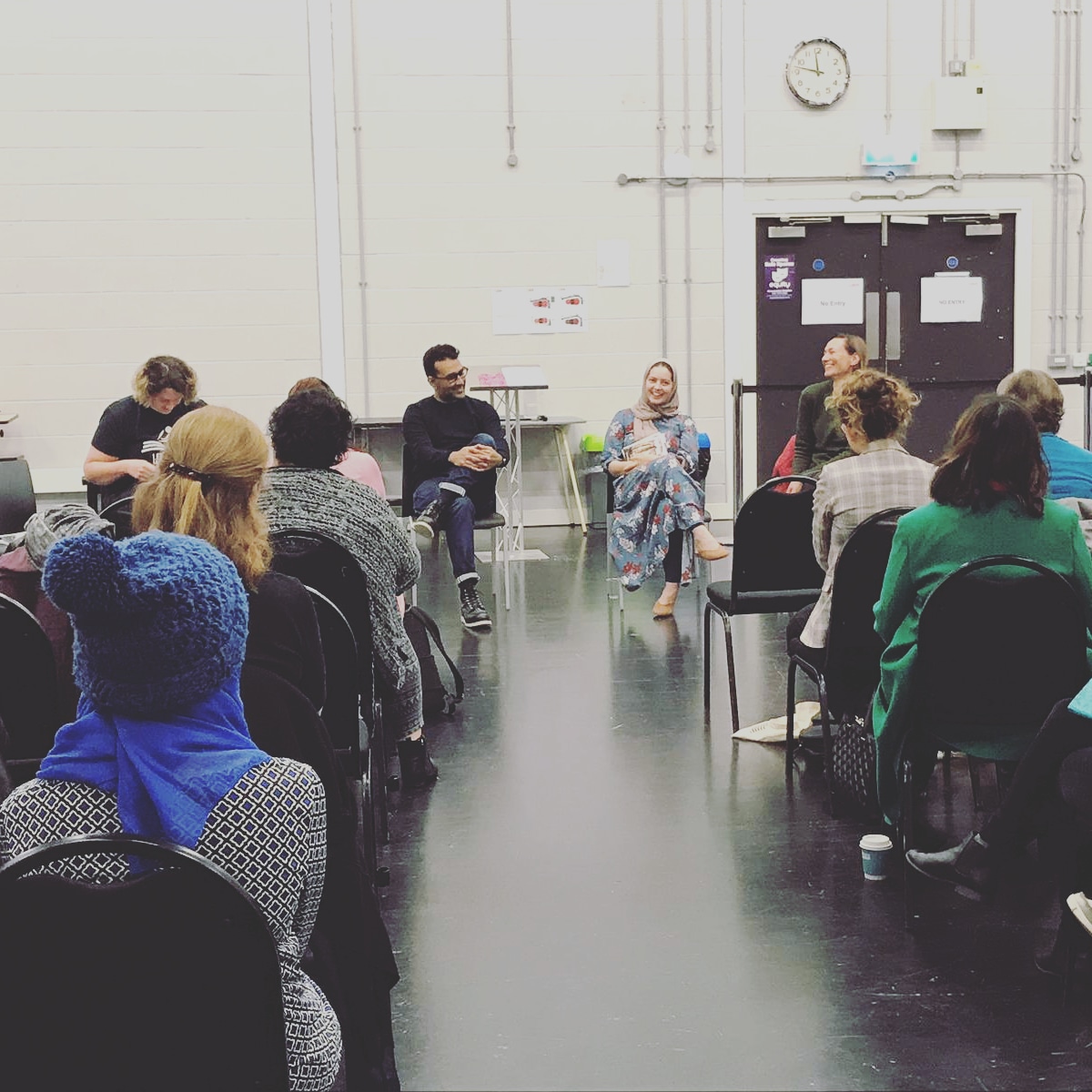 For anyone else who dreams of becoming an author, Shereen has the following words of wisdom:

“The best advice I have is as Wordsworth says, ‘To begin, begin’. Try not to let the end goal of publishing or what readers may want cloud your view. If you have something unique to say, then begin your story and dedicate time to it.

“There is no easy route. It can be lonely and full of heartbreak along the way, but the only way to succeed is to continue. I thought a publishing contract would be the ultimate reward, but in fact for me, it was seeing how my work resonated with readers. That for me, is what keeps me going; knowing that what I read may in a very small way impact the lives of others.”

You can learn more about Shereen and her writing at https://shereenmalherbe.com

To find out more about the OU’s English degrees: http://www.open.ac.uk/courses/english