OU News
You are at:Home»Student stories»Finishing what her Dad started – Linda’s story

As Linda Smith crossed the stage at the Barbican degree ceremony, her feeling of pride was not just for her own achievement, but for her Dad as well, who had sadly died in 2010.  John Carter was one of The Open University’s pioneer students, taking up study back in 1971 at the age of 47 after switching his career from the building trade to teaching. He became an inspiring and successful teacher, implementing a new economics curriculum at his school thanks to his OU study.

“I can remember buying our first television so Dad could watch The Open University programmes” says Linda. “He would get up in the early hours of the morning to watch lectures, and I remember the bedroom door being shut with a firm warning not to interrupt his study. With a young family, he was teaching metalwork after a spell at Shoreditch teacher training college – but he was a qualified teacher, without a degree.”

“He studied sociology and economics, and soon became his school’s Economics Master, newly introducing the subject to the school curriculum. He was, by his pupils’ accounts, a wonderful and inspiring teacher.  But although his teaching career progressed, with the pressure of a young family, new job, and eventually health problems, he didn’t complete his degree – and regretted that for the rest of his life.”

So when Linda was given a financial award by her then employers in 2001 to put towards lifelong learning, the choice was obvious – and she signed up with the OU.  A graduate of Oxford University already, Linda was working in Switzerland in the banking sector and chose to start on the path to a BSc in Science.

The antidote to daily stress

“I had loved biology in school but had an uninspiring teacher, and had ended up doing the subjects I was good at, which was languages. 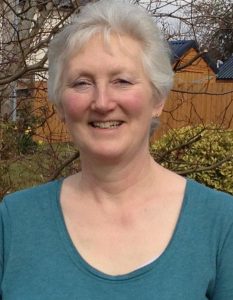 “However with the OU I wanted to take up a subject I really enjoyed. I would get into the office early and do some study before starting work for the day, and with it being online it was easy to fit in whenever it suited me. The OU has really developed its networking and with tutorials, forums and tutor phonecalls, I found the experience very positive.”

In 2004 however Linda had to put her studies on hold as work became extremely demanding, then in 2007 the financial crisis hit.  Linda eventually moved back to the UK, living in Scotland and working for the Scottish Association for Marine Science.  She retired early, and inspired by her work, took up her OU studies again and found the modules involving statistics, Excel and teamwork were really useful for her job at the time.

“For me the OU was the antidote to stress in my daily life. We moved to the Lyme Regis area and I became carer to my husband who is disabled. My mother is now in a care home too, so I found the OU study a great release, helping me get another perspective on things.”

“I’m here for my Dad who didn’t make it”

Linda’s Dad sadly passed away in 2010 but he had been very proud of her OU studies, although he felt the time had gone for him to complete his own degree. So when Linda picked up her degree at the Barbican ceremony, she was mentally picking up two degrees – and noted to Professor Fribbance, who was the presiding officer, “I’m here for my Dad who didn’t make it.”