OU News
You are at:Home»Science, maths, computing and technology»Science»Water on Mars: evidence of glaciers similar to Earth’s

Researchers at University College Dublin (UCD) and The OU have found new evidence that liquid water flowed beneath a glacier on Mars, suggesting it had glaciers more like Earth’s than currently thought . The finding fuels the debate concerning Mars’ habitability and the burning question of whether other planets can sustain life.

Their research examined an ‘esker’, which is a ridge of sediment similar to a dried-out river bed, only formed by sustained flows of liquid water underneath a glacier. Eskers are only found in ‘wet-based’ glacial systems – but glaciers on Mars have generally been thought to be ‘dry-based’ with no melt water. “Finding an esker on Mars means that significant quantities of liquid water flowed beneath this glacier, and that liquid water can persist in the near-surface environment, despite Mars being generally too cold to permit liquid water” said Dr Gallagher. 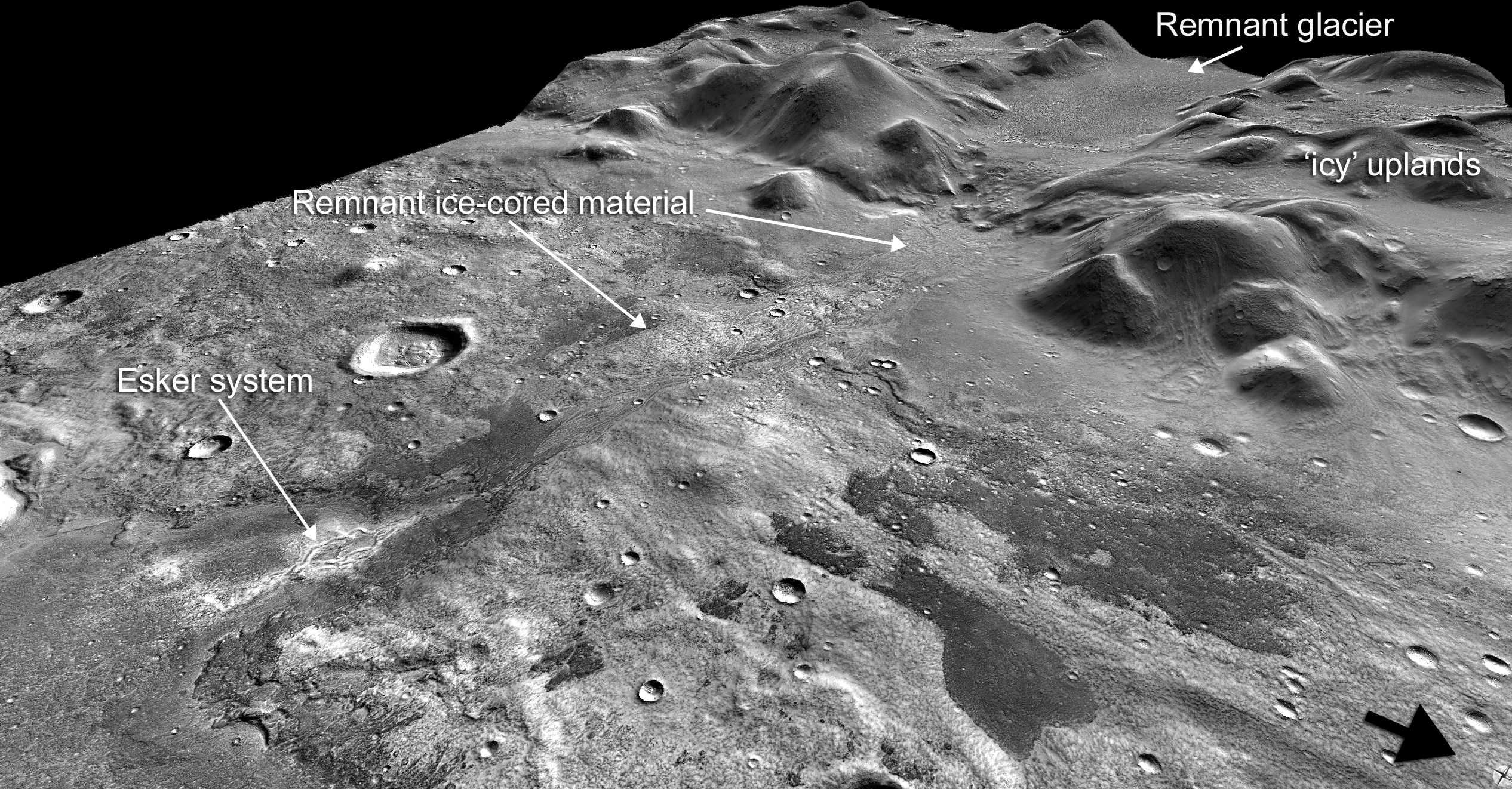 Despite a number of similarities between the climate of Mars and that on Earth, the presence of liquid water has remained one of the key differences between the two planets and an important factor in determining whether the planet could sustain life.

Dr Balme said: “Eskers on Mars are important as they indicate melt of glacial ice – and finding another type of environment where liquid water can occur is important in the whole ‘life on Mars’ question, as it provides yet more evidence for habitability in the recent past.”

“Eskers have been reported on Mars before,” he continued, “but they are normally stranded in the landscape with little to associate them with a glacial system. This is the first identification of an esker system on Mars that is still physically associated with its parent glacier.”

The research paper is published in the journal Earth and Planetary Science Letters.