Funded by the Natural Environment Research Council (NERC) and the OU. The research has discovered that indigenous peoples living in the biodiverse tropical cloud forests of Ecuador over 500 years ago modified the landscape more than the farming and deforestation that occurs today. Remarkably, after being abandoned for just 130 years by the indigenous peoples, the structure of these now endangered cloud forests returned to a state similar to before the first humans arrived on the continent more than 15,000 years ago.

When the Europeans colonised South America in the 15th century, a culture clash between the indigenous tribes and Spanish colonials resulted in the native population catastrophically plummeting and intensive cultivation practices in the area abruptly collapsing. Later, the explorers arriving in the 19th century believed they were observing a ‘pristine’ wilderness, when in fact they were actually observing an environment that had shifted ecologically after hundreds of years of previously unseen human activity. Less than 250 years earlier, it had consisted of a heavily managed and cultivated landscape. 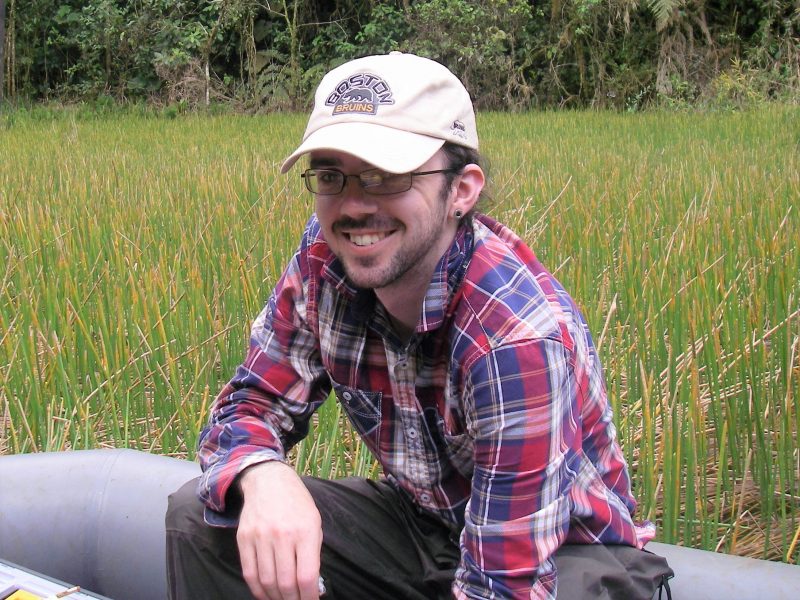 PhD Researcher at The Open University, Nicholas Loughlin, and a team of scientists studied the Quijos Valley, an area in the eastern Andes of northern Ecuador, which is 2,000 – 2,900 metres above sea level. This valley was an important trade route between the Incan Empire and the native Amazonian people. Using a floating platform, they extracted sediments from a lake, which were examined for charcoal, pollen, pottery, and spores, and radiocarbon dated to cover the previous 1,000 years.

This enabled the researchers to construct a narrative of human history – indicating how the land had been used in the past by the native people. They found evidence of fires and pottery, which suggests humans were present, and a pattern of changes to the vegetation, which helped to build a timeline of events from when the indigenous peoples populated the area, through European colonisation, and up to today.

‘Untangling the complex history of an incredible ecosystem’

“We wanted to explore what ‘natural’ is in these tropical cloud forests and how the indigenous peoples changed the forest before European colonisation. The recovery of these biodiverse forests offers hope that areas degraded by intensive agriculture today can eventually be restored.

“We now want to understand how characteristic this area is of South American tropical forests as a whole, and untangle the complex history of people living in this incredible ecosystem.”

The research, ‘Ecological consequences of post-Columbian indigenous depopulation in the Andean-Amazonian corridor’, is published in Nature Ecology and Evolution.