Researchers, including academics from The Open University (OU), say predictions about rising sea levels may not be as high as feared. But they warn that unless there is a drastic reduction in carbon emissions, sea levels will keep rising.

In a research paper, just published in the journal Nature, they suggest that sea level rise could actually be much lower than was previously predicted. Dr Tamsin Edwards, Lecturer in Physical Geography at King’s College London, and formerly of the OU, led the study. Her fellow contributors were the OU’s Prof Mark Brandon, Prof Neil Edwards, Dr Philip Holden and research student Andreas Wernecke.

The research team’s new climate models suggest that sustained collapse of Antarctic ice-cliffs into the ocean, brought about by rising global temperatures and melting ice shelves, may not have had a large impact on sea level rise after all.

In fact their research suggests that high-profile and controversial predictions given in 2016, warning of ice-cliff collapse causing sea levels to rise by more than a metre by 2100 – in addition to around 70cm from other sources like thermal expansion of the oceans in a very high emission scenario – may be greatly over-estimated.

The “jury is still out” on sea level predictions

Dr Tamsin Edwards, Lecturer in Physical Geography at King’s College London, who led the research, explains:
“Unstable ice-cliffs in Antarctica were proposed as a cause of unstoppable collapse of large parts of the ice sheet in the past. They were, therefore, also predicted to cause rapidly rising seas with global warming in our near future. But we’ve re-analysed the data and found this isn’t the case.”

By looking at ice-losses 3 million years ago, 125,000 years ago, and over the last 25 years in more detail, the team show that unstable ice-cliff collapses aren’t needed to reproduce sea level rises in the past. When they remove this proposed mechanism from the model, they predict that there is only a 5% chance that the Antarctic contribution to sea level rise will exceed 39 cm by 2100 – much lower than the previous predictions of over a metre. Dr Edwards says:

“We’ve shown that ice-cliff instability doesn’t appear to be an essential mechanism in reproducing past sea level changes and so this suggests ‘the jury’s still out’ when it comes to including it in future predictions. Even if we do include ice-cliff instability, our more thorough assessment shows that the most likely contribution to sea level rise would be less than half a metre by 2100. 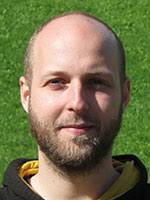 OU research student Andreas Wernecke, who helped on the analysis, said the project was concerned with “designing a numerical model which can imitate another numerical model”.

“We have been able to show that a proposed mechanism of self-sustained collapse of large parts of the Antarctic ice sheet is not necessary to explain high sea levels 3 million years ago, 125,000 years ago or recent sea level contributions from Antarctica . This, in combination with the fact that there is no hard evidence of this mechanism ever taking place, raises the question whether it should be accounted for in climate predictions.”

The paper concludes that the most likely Antarctic contribution to sea level rise will be around 14–15 centimetres under conditions of very high greenhouse gas concentrations.  Andreas said:

“In summary, we predict severe melt in Antarctica if there is not a rapid and far reaching reduction in carbon emissions, the consequences of failing to do so on the sea level could however be less catastrophic then feared.”