OU News
You are at:Home»Science, maths, computing and technology»Science»Radio 4 shines a light on OU academic

One of the OU’s leading academics has been recounting her career studying volcanoes on BBC Radio 4’s The Life Scientific.

Professor Hazel Rymer has recently been appointed the OU’s Pro Vice-Chancellor for Learning, Teaching and Innovation. However, her career to date has been spent as a leading volcanologist, travelling the globe to study the world’s volcanos. Her previous role was Dean and Director of Studies in the Faculty of Science.

Speaking to presenter Jim Al-Khalili, Prof Rymer told listeners that climbing into the crater of an active volcano was “the most awesome thing you can ever do.” When asked about the risks involved in such missions, she told of a trip to a volcano in Costa Rica, when an unexpected and serious earthquake caught the party by surprise. While she and the rest of the party were unharmed, colleagues further down in the crater were left with a dangerous rush to climb out. 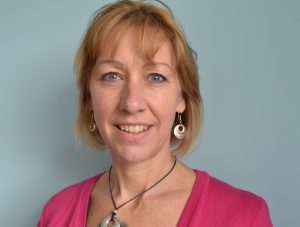 Professor Rymer’s work has focused on the development of tools for monitoring volcanic activity, in particular the use of microgravity. The tool she has pioneered has become the standard method for this kind of monitoring of volcanoes. It remains the only way to quantify the sub-surface mass changes that occur before, during and after eruptions.  The main image above shows Prof Rymer taking a microgravity reading on Masaya volcano, Nicaragua.