Technology is being used more and more for training purposes in all walks of working life, to reach a younger more tech-familiar audience. The Open University’s award-winning Child Witness Interview Simulator, a game-based online learning programme helping to train next-generation police officers, is among such innovations.

Developed by the OU’s Centre for Policing, Research and Learning in collaboration with Highskillz Ltd, the simulator is a powerful initiative to complement existing interview training for new police recruits and early career front-line police officers when they first interview child witnesses. The idea being to enhance communication skills and help trainees develop good rapport strategies in this area. The Simulator includes: 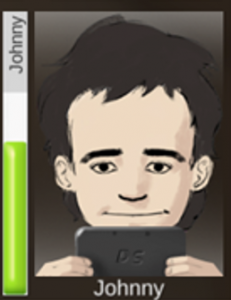 It recreates scenarios that officers might encounter and uses a gaming technique to test and underline key skills for better results. For instance, there is a scene in which a nine-year-old boy has witnessed an assault and the officer comes to his home to talk to him.

Principal investigator at The Open University, Dr Anne Adams, explained: “In the game, there are clues built in to help the officer build a relationship and hints, such as how to engage with a witness who doesn’t seem to want to engage at first, or is constantly looking at their phone.

“We spent a lot of time with police forces throughout the country in order to make the game authentic. The idea is that the game helps trainees understand the key points that they will need to put into practice. We have evaluated the game with police so that we can build confidence with new recruits, who are making that first response with children.”

Dr Adams said the overall aim is to reduce the time taken for new recruits to become competent in child interviewing and promote a deeper understanding of the various factors affecting the interviewing of children in the real world. In more practical terms, she said it enriches traditional classroom teaching and allows for large-scale training beyond face-to-face.

The simulator has already gained good feedback from police officers; among the comments received includes:

“I do feel a little more prepared for going out there and speaking to children. Gaining your rapport. It’s common sense, if you think about it, but you don’t always think about it.”

The game is also drawing interest from police forces around the UK and as far afield as Australia.