Was it the right players, the right manager, the right opposition or all of the above? OU sport and fitness lecturer Simon Rea on how Ranieri’s Leicester City rode the perfect storm to Premier League success…

While it was deemed less likely than Elvis Presley being found alive or the Loch Ness monster finally being found on Monday 2nd May Leicester were crowned as the Premier League Champions of England. How did this happen in a world where the chances of success correlate directly with the amount of money invested in players? This is reflected by the fact that only four teams, Manchester United, Manchester City, Arsenal and Chelsea have won the title since 1995 and they are four of the five teams who pay the highest wages. The Leicester squad was assembled for around 10 per cent of Manchester City’s squad and they have the fourth lowest wage bill in the Premier League.

There are some undefinable reasons for Leicester’s success, such as their camaraderie and cohesion in the group, but you can expect to read many analyses of how this happened. Here are a few of the factors that contributed to their success.

The right group of players

Although all player’s experiences in arriving at the top tier are different, Leicester’s players can be roughly categorised into two groups.
Firstly, there are the players who have worked their way up from lower leagues but are driven to be successful at the highest level. This group is led by the crown jewels of Jamie Vardy, Riyadh Mahrez and N’Golo Kante. Vardy started his career as a non-league player for Stocksbridge Park Steels and Halifax Town, while Riyadh Mahrez and N’Golo Kante initially played in the seventh and eighth tiers of French football. It also includes the captain Wes Morgan who played in League One and the Championship for Nottingham Forest.

Secondly, there are the players who started out at top four clubs but were moved on when they were not deemed to be good enough. Both Danny Drinkwater and Danny Simpson were rejected by Manchester United, where Jeffrey Schlupp also had a trial; Kasper Schmeichel was sold by Manchester City after 7 matches and Robert Huth won two Premier League titles with Chelsea, but was never a regular first team player.

Do these experiences of overcoming adversity and coping with rejection shape the mindsets of these players? You only have to watch the effort they expend and their desire to win to confirm this. 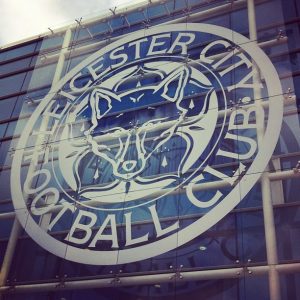 The appointment of Claudio Ranieri as Leicester manager in July 2015 was derided in some quarters of the press and he was quickly installed as the favourite to be first manager sacked. At the time of his appointment he was criticised by Jose Mourinho for his record of never having won a league title and always being the runner up.

However, the calmness of Ranieri and his consistent, pragmatic approach to each game has allowed his team to flourish. He is not a manager who is in the spotlight or one who courts controversy by criticising other managers and referee’s decisions. He is a man who greets victory and defeat in the same manner and maintains in control of his emotions. His approach was summed up well when rather than attend the match where Leicester could have been crowned champions he spent the day in Italy taking his 96-year-old mother out to lunch.

The 2015-16 Premier League season was a season of underachievement for all of the recognised top 4 teams. Chelsea’s championship winning form deserted them in the early weeks of the season, Manchester United and Manchester City seemed to be in transitional periods and Arsenal just underperformed despite beating the Champions home and away. Leicester were chased to the finishing line by an energetic, youthful Tottenham team and while Tottenham finished more strongly Leicester had the consistency to keep them in check.

A big ingredient in Leicester’s success was the support they received. Their games were characterised by a wall of noise from supporters who remained positive during all performances. No protests or criticism of players just constant positive support. The club recognised this and spent £12,500 on clappers for each match to increase the volume. The supply of clappers cost the club more than the transfer fee for Player of the Year, Riyadh Mahrez, but an equally valuable investment.

All these factors contributed to Leicester’s success but some statistics can show where they achieved success. Firstly, Leicester had the highest shot to goal ratio where 38 per cent of their shots lead to goals in comparison to the average of 31 per cent. Secondly, the longer the season went on the fewer goals they conceded. In the first 11 games they conceded 1.73 goals per game compared to 0.5 goals in the last 16 games. They used the fewest players (23 in total) and had a consistent starting line up with very few injuries.

As much as we analyse the success of Leicester we also need to just enjoy one of the major achievements in British sport and appreciate the perfect storm of factors that allowed it to happen.

On OpenLearn, Simon Rea covers some of the tactics used when managing a team through triumph and despair.