OU News
You are at:Home»Education, languages and health»Health»The complex issues of death and dying

The only certainty in life is death. Visiting academic in Health and Social Care, Carol Komaromy, researched the complex issues of death and dying, covering topics like the place of grief in society and how people cope with death depending on their gender or profession. To mark Dying Matters Awareness Week, from 9th to 15th May, she shares some of her findings… 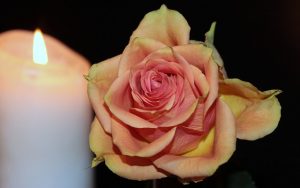 Are the British afraid of the thought of mortality, and are there nationalities that can be considered better, or worse, at dealing with death?

Britain is a diverse society and so it is difficult to pin down particular sets of attitudes to death. Certainly there is an assumption that the fear of death is common to all humanity and it might be relatively safe to assume that death as something that is unknown can provoke fear and anxiety. For example, the study of psychoanalysis suggests that death is an intrinsic fear and that individuals do much to protect themselves from this fear.

Freud (the father of psychoanalysis) and some of his followers have argued that most people deny death in order not to be overwhelmed by feelings of anxiety. It is certainly the case that as death rates in western societies have declined, and as the care of dying people has been the business of health care professionals more than family members, there is less familiarity with death and the skills of caring for dying people have declined or been lost.

In societies where death is a more regular occurrence, it is more likely that citizens might be more confident about coping with the reality of death. But the claim that particular nationalities can cope better with death than others is too generalised. It is relevant to align attitudes to death with the ways in which people die. It is also relevant to make connections between medicine and death – even though it may appear to offer the answer to a long and healthy life, which it does not – many people die without recognisable diseases, in wars, natural disasters, famines and from taking their own life.

What do mass outpourings of grief, such as with the death of Princess Diana, and more recently Michael Jackson and Prince, reveal about people?

Although you might attend a number of funerals over a lifetime, many people will only be responsible for dealing with one or two deaths of immediate family members. Also, you might not have much contact with people who are bereaved; certainly, death does not impact on communities as it once did. Many people today don’t know how to respond to death, leading to uncertain responses when someone high profile dies. Even if you didn’t know the person, you can still empathise and feel a sense of loss. But does this mean you shouldn’t show it? It has been argued that owing to the expectation that expressions of grief should take place behind closed doors, we’ve found ourselves in a position where to show feeling in public can lead to criticism or cynicism from others as to whether or not it is authentic.

Do healthcare professionals have a different appreciation for life or cope differently when encountering death?

My dealings with people in healthcare tell me that familiarity with death does not lessen the impact of loss. However, it does impact upon the way that they see death and what they might want for themselves. In general, it is more difficult for professionals to deal with deaths that appear to be untimely; either because they are the result of violence or trauma, or because the person was ‘too young’ to die. I know from my own research with professionals that their requirement to be professional in the face of death does provide them with some distance. This does not, however, seem to translate into them being able to cope with the death of someone close to them more easily. 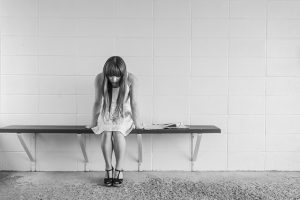 Do men deal with grief differently to women?

There have been studies that reveal differences in how men and women grieve. In part, these differences are related to the social expectations that are still visible in gender differences. While it is the case that stereotypical gendered responses to grief are being eroded, despite the sexual revolution that has occurred in western societies, gender roles are still deeply entrenched. Women also remain the main carers in society and are thus more closely associated with end-of-life care and, as such, are potentially more affected by death.

Is keeping pets a way for the young to experience grief?

It could be argued that for many the first experience of death is that of a pet. Grief counsellors might argue that this is part and parcel of the preparation for the finality of death and is a helpful process for children to experience in adjusting to this reality. The closeness that some people experience with domestic pets can make their death just as painful as any other, even though it is something that is anticipated.

It is also the case that the practice of euthanasia has made the choice about when to end the life of one’s pet more complex. There is an expectation that pets should not die naturally and that owners in conjunction with the vet need to make judgements about the extent to which suffering should be allowed. It is certainly the case that the increase in the number of pet cemeteries suggests that the mourning for a pet is not something that is simply a preparation for coping with the loss of someone close.