OU News
You are at:Home»Education, languages and health»Health»Does air pollution increase the risk of stillbirth?

“I don’t think these new findings should be a serious cause for concern for individual pregnant women – if there is an increased risk of stillbirth, this review indicates that the increase is pretty small,” says Professor Kevin McConway, Emeritus Professor of Applied Statistics.

He adds that while the research, published in the Occupational and Environmental Medicine journal this week, was conducted appropriately, the results don’t confirm one way or another that air pollution and stillbirth are linked.

“Stillbirth is an important health problem worldwide, and there is no simple answer to the question of what causes it. Many factors contributing to stillbirth risk have been identified. Also, air pollution is known to have various adverse effects on health. So it’s natural to investigate whether there is any link between a mother’s exposure to pollutants in the air she breathes and the risk of stillbirth.

“Several such studies have been done in various parts of the world, and no clear pattern has emerged from their findings yet. So it made good sense for this new review to be carried out, to try to make more sense of the complexity in the individual studies. 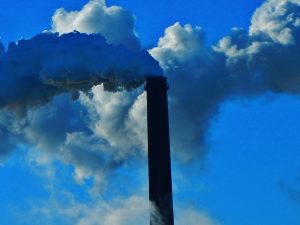 “In statistical terms, in my opinion, this review was generally conducted appropriately, and the research report provides a good level of detail on what they found. But, through no fault of these researchers, they really didn’t find anything very clear. A reasonable headline for a press release on this work could have been ‘Air pollution and stillbirth – we still don’t know whether they are linked’.

“None of the main statistical conclusions in the review shows a statistically significant link between air pollutants and stillbirth. This is made perfectly clear in the research report, though it is not explicitly mentioned in the press release announcing the findings.”

“One point that the research report also makes very clear is the difficulty of trying to pick apart what causes what here. It’s difficult to measure how much pollution there is in the air that an individual mother actually breathes, so most of these studies are based on data from air quality monitoring stations, which may have been some distance away.

“There is a huge range of other potential causes of stillbirth that need to be taken into account in some way (generally statistically). So the studies that were reviewed used a broad range of study designs and statistical methods, making it harder to synthesise their findings in a meta-analysis.”

No risk or a small risk?

“Now, of course, lack of statistical significance does not tell us that there is definitely no association between air pollution and stillbirth. It just means that the results are consistent with there being no association.

“The results are also consistent with there being a small increase in stillbirth risk when the air is polluted. This review just can’t tell us whether there’s no risk, or a small risk, because the evidence it reviewed is still not clear-cut enough.

“Since this review doesn’t provide a smoking gun (to make a dreadful pun), it’s reasonable that it calls for more and better evidence. That evidence won’t be quick or easy to find. Whether or not there’s a link to stillbirth, it remains a good idea for governments and authorities to act on air pollution, since it has so many other health consequences.

“And I don’t think these new findings should be a serious cause for concern for individual pregnant women – if there is an increased risk of stillbirth, this review indicates that the increase is pretty small.”