OU News
You are at:Home»Education, languages and health»Critical digital literacy is vital for education today

In the ‘fake news’ era, critical literacies education is vitally important, and the Open University is leading the way in developing learning initiatives to help students and the population at large.

How do we know if what we read in the papers is true? Or what sort of bias there is in television news? We’re living through an era in which trust in the media is on a downward spiral. According to a recent Gallup poll, people in America believe that well over 40% of what they see on television or in the papers is inaccurate, and that over a third of it is actual misinformation. When it comes to social media – to Twitter and Facebook – this scepticism jumps even higher, with people believing that a full 80% of the news they read online is biased. And the same pattern exists in the UK, with less than a quarter of the population trusting social media as an accurate source for the news.

One of the main reasons for this 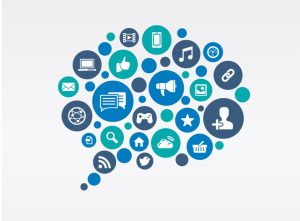 scepticism is the phenomenon of ‘fake news’. On the one hand, there has been an increase in the spread of purposely false stories, mostly circulated via social media. At the same time, the term ‘fake news’ has become a popular way for politicians to criticise any news coverage they don’t like, and in doing so undermine the credibility of whole institutions. The result of this two-pronged attack on mainstream journalism is that it becomes difficult to know who to trust or what to believe anymore. The very idea of objective truth itself seems to be losing ground, and with it the stable foundations which allow for informed public debate and decision-making. Without a belief in facts and truth, what hope is there for consensus around the important challenges that we face in society?

So what can we do about the issue of ‘fake news’ as it expands and spreads across public life? Several organisations have launched initiatives to address the problem. These include a parliamentary inquiry in the UK on ‘fake news’, and programmes organised by large tech companies like Facebook to try to root out obviously false information that gets circulated on their sites.

The Open University contribution to this debate has been a call for increased education – delivered by universities – to help people keep abreast of the way that new technologies are changing the way information gets shared, and the effects this is having on society.

The role of social media in news sharing

In 2016 (the year of both the Brexit vote and the US presidential election) two thirds of Facebook users in the US said they were getting news from Facebook – that’s 44% of the general population. Social media is thus becoming a major player in today’s news media landscape, and for this reason has come under a lot of scrutiny in the panic over ‘fake news’. Much of this focus has been on the underlying technology, and particularly the algorithms which create the experience people have of using it, and how this is having an impact on the way news is consumed and shared. Philip Seargeant, Senior Lecturer in Applied Linguistics at The Open University, says:

“It’s important to remember that people also play a role in choosing how to participate in online news and what to share. It’s also relevant to note that social media are simultaneously social spaces, where people go to meet, talk and get things done. People’s social motivations – who they want to align with, how they want to come across – therefore also get caught up in the decisions made regarding how to consume and share news on social media”.

It’s for this reason that the challenges posed by ‘fake news’ can be addressed by education as much as they can by regulation of the technology. And why universities, which are already well versed in providing students with digital and critical literacies skills, are ideally placed to provide this learning. This is the argument that The Open University put to the parliamentary inquiry into ‘fake news’ this January 2018 (you can see the oral evidence and read the written evidence on Parliament’s website here).

The Open University has developed open educational resources which put this thinking into practice. Three short films have been created, designed to help students grapple with the fundamentals of social media communication, develop their understanding of their online practices, and raise their awareness of how information is circulated online. These films are all available on the OU YouTube channel.

Based on research carried out by Philip Seargeant and Caroline Tagg into the way people interact on Facebook, the aim of these and other educational resources is to help people navigate the ever-evolving media landscape in which we all now live, and give them the digital critical literacy skills to separate the fake from the fact.

Follow The Open University Future of Education campaign on social media with #TomorrowsEd.