OU News
You are at:Home»Business and law»The rise and rise of independent wedding celebrants

Research conducted by Dr Stephanie Pywell, a Senior Lecturer in Law at The Open University, found that more and more couples are seeking the expertise of independent wedding celebrants for unique ceremonies.

Most engaged couples in England and Wales have to choose between a religious wedding and a secular ceremony conducted in the presence of a registrar. So what do they do if they are of different faiths or no faith, but want a highly personalised ceremony?

The 287 celebrants who responded to Stephanie’s survey conduct one-of-a-kind wedding-style ceremonies that can blend religious, spiritual and secular material to suit couples’ beliefs and lifestyles. 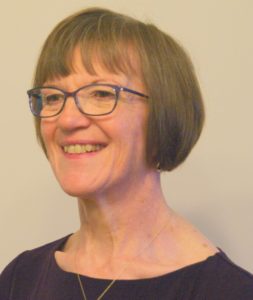 “It’s wrong to call these ceremonies ‘weddings’ because in England and Wales they’re not legally binding. If you want to be married in the eyes of the law, you have to get married in an Anglican church, in a registered religious building, according to Jewish or Quaker rites, or at a register office or approved premises.”

Yet many couples are put off by the formulaic nature of legally binding weddings, and choose to stage personalised ceremonies in unusual or significant locations such as on a cliff overlooking a beautiful view, in a forest, a narrowboat, a garden, or even in water.

Stephanie’s research found that couples’ main reason for choosing celebrant-led ceremonies was to declare their love for one another in ways that were meaningful to them. Several ceremonies had included religious or cultural rituals involving food and drink, and some couples had even used animals as ring-bearers.

“Demand for unique ceremony content is increasing, anything from a medieval theme to Dr Who! Celebrants are creating and delivering truly personal ceremonies, exactly what today’s couples want.”

Stephanie’s independent research was supported by the Wedding Celebrancy Commission, and conducted at the start of 2020, just before lockdown wrecked many couples’ wedding plans.

She found that around three-quarters of couples who hired an independent wedding celebrant were already married to each other, and most of the others intended to marry later.

None of the respondents had practised wedding celebrancy before 2003, yet there was a steady and significant growth in their numbers between 2010-2019 with more than half starting to practise between 2017-2019.

“The number of ceremonies conducted by respondents more than doubled between 2015 and 2019. If they’re typical of all the celebrants who could have had access to the survey, there would have been around 9,400 celebrant-led ceremonies in 2019.”

Her findings showed that 85 per cent of independent wedding celebrants had a standard fee, and 93 per cent of those were £251-£750. The profession is currently not regulated, but Stephanie’s research showed that the majority of those in the profession would welcome formal representation and regulation.

In 2020, the Law Commission issued a Consultation Paper including provisional proposals to regulate wedding officiants. This framework could potentially enable the Government to allow independent wedding celebrants to apply to be authorised to officiate at legally binding weddings. The Commission is due to publish its recommendations this summer.

Stephanie and Professor Rebecca Probert, from the University of Exeter, have also investigated the impact of the first COVID lockdown on couples’ plans to marry in England and Wales, and their findings reinforce the case for reforming weddings laws.