OU News
You are at:Home»Business and law»Politicians join cross-party discussion on how to tackle gender-based violence

Key politicians including Labour’s Shadow Minister for Domestic Violence and Safeguarding, Jess Phillips MP, will join a cross-party panel at a free webinar hosted by The Open University to discuss what more should be done to prevent gender-based violence.

One woman dies every three days at the hands of a man in the UK, and the panel will share ideas on how to achieve lasting change. It is to examine how politicians can contribute towards reducing such violence.

The event coincides with the international ‘16 Days of Activism campaign’, to tackle gender-based violence against women.

Joining them is a bereaved mother, Julie Aunger, whose daughter Katie Wilding was being supported by police officers specialising in domestic abuse when she passed away. 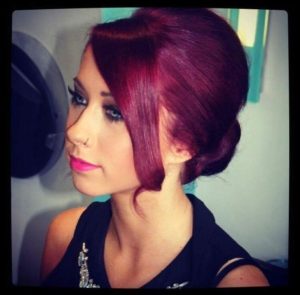 The webinar is being held on 30 November at 7.30pm and is chaired by OU academic Dr Anna Hopkins, a lecturer in Policing Organisation and Practice with the Faculty of Business and Law, and a former police officer.

The webinar will also hear from Wera Hobhouse, Liberal Democrat MP for Bath, and party spokesperson for Justice, and Women and Equalities, Dr Shahrar Ali, the Green Party’s spokesperson for Policing and Domestic Safety and former Guildford MP The Rt Hon Anne Milton, who was Minister for Women in Theresa May’s government.

Dr Hopkins, who worked in domestic violence as a police officer and carries out research in the subject, said: “Too many women are losing their lives – one every three days is too many and those figures haven’t changed for a number of years. Men play the biggest role in causing all of this and a societal shift needs to happen.

“It is a really important debate. We must keep talking about it and I hope this panel discussion will crystalise some of the thoughts with these voices of influence so they can be shared across all political parties to provoke further discussion and deliver meaningful change.”

Katie Wilding was just 21 when she died in November 2016, when she and her ex-partner were found to have overdosed on drugs, although a coroner said their motives were unclear.

While Katie’s death has never been classified as a homicide, her mother, Julie, is certain that’s exactly what it was. She has thrown herself into campaigning to ensure other women do not suffer the same fate.

Julie said: “I will never believe Katie’s death was ‘for a reason’, but by talking to people, if we can get girls and women to think about their relationships and avoid a tragedy, then my actions will have achieved something. And what a legacy.”

The online event is being staged from 7.30pm on Tuesday 30 November. To book visit the Open University’s Business School website.