OU News
You are at:Home»Business and law»Business»Back to the future: looking back at predictions on regional development

In 2009, in celebration of the Open University’s 40th Anniversary, we asked academics from around the University to predict what the future would look like in their areas of study.

Now, as we approach the OU’s 50 Anniversary, we asked the same academics to revisit their predictions, reflect on their accuracy, and reset them for the future; what does the Future of Education look like for them? 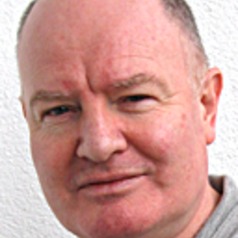 We spoke to Leslie Budd, Reader in Social Enterprise in the Faculty of Business and Law.

“I originally proposed two effects of technology on regional development:
1) For lower value-added activities it will encourage more remote working and stimulate the creation of networked firms whose regional identity will be virtual.
2) For higher-value added activities the need for greater inter-firm co-operation will enhance face-to-face contact, whether synchronous or a-synchronous.”

Since then, lower-value added activities that have been off-shored through technology have increased, but service quality considerations have led to re-shoring. The benefits of technology, however, have partly been outweighed by zero-hour contract type employment arrangements reinforced by surveillance technologies to discipline the workforce.

In the case of higher-value added activities, opportunities for both remote working and face to face interaction have increased. This is evidenced not only by growth in international airline traffic within and between the major supra-national regions, but also by the growth in remote-conferencing facilities. This has encouraged the development of innovation hubs in particular locales whose connectivity is both real and virtual, so that the growth of networked firms is encouraged.

Evolving technologies have enabled lower transaction costs by increasing the efficiency of these different forms of networks and contacts, as the sense of economic territories and exchange have changed.

One of those changes is regionally-based Global Productions Networks (GPNs) that create Global Value-Chains (GVCs); the basis of modern trade.  GVCs are the reason that over 60% of EU trade is within firms: a fact little understood in the debates over Brexit.

Increased devolution and decentralisation, aided by technological change, has reinforced the regional trajectory as globalisation’s glow has faded. One example is the Belt and Road project linking the regions of Asia and Europe.  The Hanseatic League started in Europe as a city-trading network in the 14th century; technology and innovation permits its expansion to the rest of the world in the 21st century as more comprehensive forms of economic development arise.