OU News
You are at:Home»Arts and social sciences»Society and politics»Tory leadership race: Sunak and Truss

The Conservative Party leadership election is gathering momentum, with Rishi Sunak and Liz Truss making it through to the final round of voting amongst party members. The pair have faced one another in TV debates and have traded arguments and polices to win over their voters, ahead of the final announcement in early September. Here two of our regular politics commentators share their thoughts and predictions on who might succeed Boris Johnson as Prime Minister, and what changes this could bring for the UK:

“The central paradox of the Conservative leadership contest is that the person who wins the votes of party members might not be the same person who would do best in a general election.

The strong contraction of party membership is a common trend across democracies: the willingness of voters to make the kind of strong bonds with a particular party that they think will endure, seems to have been a victim of a culture of more immediate gratification and a propensity to shop around for better offers. Even the boom in Labour party members with the arrival of Jeremy Corbyn provides only a partial refutation: numbers have been heading south since his removal, as his new supporters found little worth sticking around for. 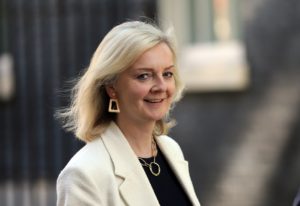 Truss talks the talk of the Conservative party more convincingly than her counterpart, says Usherwood

As such, those relative few who do keep up their membership dues are not particularly representative of the general population. In the case of the Tories, that means they are geographically concentrated in southern England, significantly more men than women, relatively affluent, not ethnically diverse and quite old. While they might not be as extreme in their economic or social views as MPs, party members still are – unsurprisingly – more right-wing than the typical voter.

This matters because the path to building an effective parliamentary majority in a general election is through attracting swing voters in the middle of the electorate. Boris Johnson was able to pick up those former Labour voters who felt disconnected from that party’s social agenda in 2019, partly through the fudging of what economic plans he might put in place. His replacement will find that trick much more difficult to reproduce.

All the more ironic then, that Liz Truss, the forerunner, has been the one to take more radical economic and social positions in the contest. “Radical” here covers both social conservatism in policy areas like education and policing and highly-debateable economics: it is almost impossible to find any mainstream economist who thinks rapid deep tax cuts are a good idea for either stimulating growth or combating inflation.

However, while Rishi Sunak might be the more measured of the two, the party seems to have gone for the image. Truss talks the talk of the Conservative party more convincingly than her counterpart, tapping into Margaret Thatcher’s legacy.

The big difference is that Thatcher had both a strong ideological vocation after the failures of her Labour predecessors and a healthy dose of pragmatism that allowed her to flex her way through. Truss will be coming into power after more than 12 years of Tory government, with a cost-of-living crisis and a hot war just down the road. Truss’ pragmatism saw her move from being Remain campaigner to architect of a Bill on the Northern Ireland Protocol that will most likely further worsen relations with the EU, which doesn’t really feel like someone trying to keep a lid on their “to-do” list.

Certainly this might make for another round of exciting politics in the UK, but usually politics is better for being a lot more boring.”

“The final two in the Conservative Party leadership contest are no surprise, to the MPs, journalists, party members, or the candidates themselves. We have Liz Truss, positioned as the pro-Brexit right-wing candidate, and Rishi Sunak, seen as the more left-leaning socially liberal candidate. It’s a pretty strange positioning considering Truss campaigned for Remain and Sunak Leave, and many people wouldn’t consider either of them “liberal” in the social sense, but Westminster politics is a bit of a bizarre land at the moment.

Truss is the clear front runner and it would take a brave person to bet against her winning. This is something Sunak and his team have recognised, leading to him wading into the “culture war” territory Truss has led on. If you can’t beat ‘em, join ‘em. 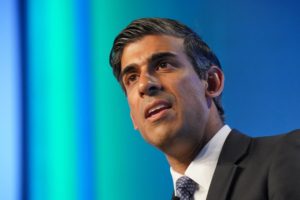 In further bizarre territory, Sunak’s rich background is counting against him. He is presented as a privileged, rich, out of touch Tory, as opposed to the more down to earth Truss. It’s a strange state of affairs indeed when a Conservative politician is criticised by other Conservative politicians (and Tory newspapers) for being too rich. Doesn’t sound very Conservative does it? Of course the discussion about how rich Sunak is and whether his background is or isn’t privileged, is partly a proxy for other issues, namely his lack of support for tax cuts (unlike Truss) and his perceived betrayal of Boris Johnson. Some politicians, and newspapers, won’t forgive him for that.

Much of the Conservative media is pro-Truss because she is giving them what they want: a commitment to low taxes, a war on “woke”, and a steamrolling attitude to the EU post-Brexit. This is also what the membership overwhelmingly wants. Whether or not her numbers or policies add up is almost irrelevant. She’s selling a story, and one that has a happier ending than the one Sunak is writing. It may be “the economy, stupid”, but a fairy-tale version of the economy where anything is possible and there’s a shiny emerald palace at the end of a yellow brick road rather than the stark reality of flying monkeys.

It’s clear that the Conservative Party has devised a leadership contest which ensures the membership has a limited choice – and the people on the ballot paper are palatable (to the MPs), rather than troublemakers. On the one hand this is sensible (it ensures they don’t get themselves into a Corbyn situation like Labour did). It’s also quite a straightforward contest, unlike Labour’s rules which are more complex. On the other hand Tory members could argue they should have a wider choice, and one which matches the opinion polls.

My key lesson from this contest is that Kemi Badenoch is one to watch. I think if she’d been in the final two, she’d have had a good chance of winning. But maybe best for her that she wasn’t, as the next PM is going to have a horrid time. She’s potentially the Labour Party’s worst nightmare – much harder to paint her as a “typical privileged Tory” – but things move quickly in politics. All politicians are often one bad tweet away from political disaster, including Badenoch.”