OU News
You are at:Home»Science, maths, computing and technology»Computing»Research recommends united action to attract more women into IT leadership

An OU research project finds there are continuing barriers to overcome to get women better represented in highly-skilled positions in UK Information Technology (IT), with lessons to be learned from their counterparts in India.

The global IT sector is characterised by low participation of women, with the UK being no exception. Many attempts have been made to address the problem of small and falling numbers of women in IT education, training and employment because narrowing the gender gap in high productivity sectors like IT will add 150 billion GBP to the UK GDP forecast for 2025. However, these attempts have had little success. 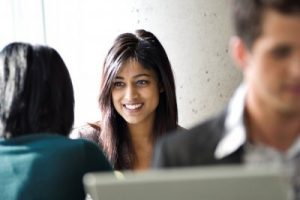 The ESRC-funded project – Gender, Skilled Migration and IT industry: a comparative study of India and the UK – took a novel approach towards addressing this problem, comparing the profiles of the IT industry in UK with that in India. It considered why the IT sector in India, in contrast to many places including the UK, manages to attract such a high proportion of women in highly-skilled roles. It also gained insights from migrant women and men who move between the two countries, and have experience of both cultures, to understand both the gender norms and the best practice in each country.

Among the outputs from the two-year study was the Women and IT Scorecard – India, 2018 and the Women in IT Leadership: Moving towards gender parity (launched in Chennai, India, on 13th March 2018). A final breakfast seminar is being held on 20th March: What can the UK learn from India to bridge the IT skills gap?  to release the findings.

The highlights are that the Indian IT sector:

Addressing the shortage of women in IT requires that the sector not only offers benefits, but outperforms other competing sectors, and projects its gender equality policies effectively through targeted campaigns.

The Open University is one of the key partners in the newly launched Institute of Coding, leading on the first theme of University Learners and the development of a new accreditation standard bringing together HEIs and industry.

The OU’s project lead for the Institute of Coding, Professor John Domingue, said:

As attracting greater female students to Computing is a key aim of the Institute of Coding we will be maintaining a close watch on the results of this exciting new project. We commend the team for the novel approach that they have taken for the work.

The opening remarks of the seminar on Tuesday (March 20) will be given by The Open University’s Chancellor, Baroness Martha Lane Fox, who is leading a high level campaign called Dot Everyone, a London-based think tank staffed by researchers, designers, technologists, and makers, that aims to increase the numbers and retention of women in technology jobs in the UK.

The results of this research project will provide timely evidence and case studies to help support this strategy. 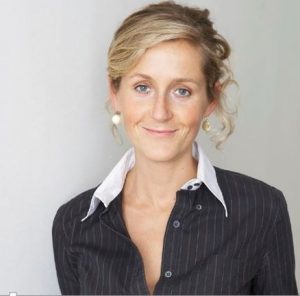 OU Chancellor Martha Lane-Fox said: “We really need to put women at the heart of the technology sector so I applaud this important research which can help us understand why there is such a gender imbalance in the UK’s IT industry.

“Ultimately I hope it will help us achieve a cohort of female coders, designers and creators who can help transform the UK and give us that much-needed global edge.”

This project, funded by the Economic and Social Research Council (ESRC ES/N003993/1) UK, was based on a survey of 150 Indian IT sector companies, a survey of 415 individual IT professional workers as well as interviews with over 100 men and women in both India and the UK. The research team gained insights from migrant women and men who move between the two countries, and have experience of both cultures, to understand both the gender norms and the best practice in each country.