OU News
You are at:Home»Arts and social sciences»Society and politics»‘Enormously damaging’: OU experts on inequality and poverty report

Global inequality is reaching new extremes, according to a new report by Oxfam which states that the richest one per cent of the population have more wealth than the rest of the world combined.

The report puts power, privilege and the plight against poverty under the microscope and claims “the fight against poverty will not be won until the inequality crisis is tackled.” And the gap between the richest people and the rest of the world has widened over the last 12 months, thanks to an “era of tax havens”.

What impact does this equality gap have on society, what’s contributing to it, and is there a solution? Four OU experts share their views… 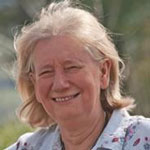 ‘Wealth in the hands of the few is enormously damaging’

The sharply rising levels of inequality laid bare by the latest Oxfam report demonstrates the utter failure of world’s business and political leaders, currently meeting in Davos, to back up their claimed concern about the levels of inequality with any effective action. In almost all developed countries and in most developing countries the share of national income going in wages – as opposed to profits – continues to drop.

In the UK the workforce would be receiving £90 billion more than it currently does if the wage share had remained at its pre-1980s level. The pay gap between the top and the bottom of the income scale also continues to widen with more and more of those at the bottom on insecure, temporary contracts or ‘self-employed’. This has resulted in a sharp squeeze on the living standards of the poor while those of the richest have continued to soar.

At the same time, the amount of tax lost by companies manipulating their accounts into tax havens is ever greater – despite the promises of a clampdown on such practices. Oxfam estimate that corporate investment in tax havens almost quadrupled between 2000 and 2014 while the amount held by the super-rich in tax havens is now a staggering $7.6 trillion. At least $300 billion more would be available to governments if corporations and the wealthy paid their taxes like the rest of the population – enough to fund sustained increases in health and education services and increase the incomes of the poorest.

The idea that rising inequality somehow benefits everyone with wealth of the richest ‘trickling down’ to others and even to the poor has been exposed for the self-justifying myth that it always was. The increasing concentrations of wealth in the hands of the few is enormously damaging not just for the poor but society as a whole. 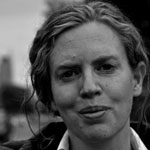 ‘Poverty and inequality: The shame of it’

There are many ways of looking at poverty. The Oxfam report uses statistical measures to highlight global poverty and in particular the shocking inequality gap between the world’s richest and poorest. Some may contest how this data is presented. Yet how inequalities are experienced remains pretty constant. What is striking in people’s accounts of living with poverty is the social isolation people feel.

In a more ‘social approach’ to tackling poverty, announced this week, Prime Minister David Cameron argues the need to address ‘the social causes’ for why people ‘get stuck and isolated’. But this is not the kinder politics it appears. Something more insidious is afoot with these policies, which continue to focus only on individual responsibility for poverty and for escaping poverty.

What makes poverty hard for people to live with is not just material deprivation and the stress and anxiety this creates on a daily basis. Nor the toll it takes on people’s mental and physical health. It is also how you feel and are perceived by the society in which you live and how poor you are in relation to people around. Poverty is isolating not only because you can’t afford to participate in normal life but because of the shame people feel as a result. Add to this a deliberate policy of demonizing those on the wrong end of the inequality gradient, particularly those in receipt of benefits, and the toll can become unbearable.

Shaming and blaming those who are poor for their situation is not just a UK phenomenon. For example in 2013, Robert Walker and his colleagues, in their research on global poverty, identified shame as a common denominator in how poverty is experienced in a range of countries and social policy contexts around the globe. His colleague Elaine Chase in 2014 makes the argument that shame is both internally felt and externally imposed through social policies and discourse. This is certainly mirrored in the experiences of the families and communities I worked with in Northern Ireland.

Meanwhile, Cameron, in what is a muddle between inequality of opportunity and inequality of outcome, has announced a new ‘life chances’ strategy to tackle poverty. Struggling families, are to be offered parenting class vouchers and treatment support for addiction and mental health issues to help them make the most of their opportunities. This continuation of harmful policies which lead to greater material deprivation (and are detrimental to people’s relationships, health and wellbeing) while proposing meaningful sounding new policy solutions, is a neat sleight of hand. Once again social policies are designed to castigate the poor for their ‘failings’ rather than address wider issues such as growing income inequality or the gaping holes in local services and support, which are so chronically underfunded in the wasteland of austerity Britain. 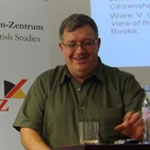 ‘Are we really all in this together?’

Important as it is, depicting wealth is one thing, but explaining it and making sense of why there is such growing inequality on a global scale is another. Oxfam estimates that $7.6 trillion of individuals’ wealth sits offshore, thereby avoiding tax of around $190b per annum. That is tax lost to governments and which could pay for better education, improved healthcare and go far in addressing some of the worst aspects of poverty.

The UK government is drastically reducing public spending, cutting welfare benefits and eroding hard fought for conditions of employment across large swathes of the public sector. At the same time, in 2013-2014 alone, the wealth of the richest 1% in the UK increased by 15%, around £519b. But what do these figures really mean? If we looked at UK public spending then we can begin to grasp the enormity of these sums: £519 billion would fund the entire UK education system for almost six years, or the state pension bill for four years, or the NHS for just over four years. It’s also almost 5 times the size of the country’s annual welfare bill – which is currently the target of UK government spending reductions, all in the guise of ‘austerity’.

Across the UK and elsewhere in Europe, austerity amounts to little more than the transfer of wealth and power into ever fewer hands. However, it is very much the case that our societies today have a super-rich whose daily life is both a world apart from that of the majority of the global population and yet is so dependent on the exploitation, marginalisation and oppression of that same population. Are we really, to deploy a favourite phrase of David Cameron, really ‘all in this together’

‘Not the only way the global elite are taking advantage’

Anna Childs, Academic Director for International Development at the OU

Oxfam’s latest report, focused on an increasingly obscene wealth inequality and the stranglehold exerted by a global elite, had one central message: The era of tax havens that have made this possible must be brought to an end.

You can read Anna’s full article on The Conversation.

Find out more about the language of poverty
The language used to describe poverty in the UK has a vital bearing on how welfare policy is implemented, and how policies are perceived by the wider population. Here, Owen Jones, the author of Chavs: The Demonisation of the Working Class, and OU Senior Lecturer Gerry Mooney join Geoff Andrews of the OU in discussion.