OU News
You are at:Home»Arts and social sciences»OU academic reveals the biggest threats to Putin at home and abroad

What next for Putin, the oligarchs and the Russian economy in the light of the economic sanctions? Alan Shipman, a Senior Lecturer in Economics at The Open University, is a former ‘emerging markets’ analyst who’s watched Russia’s slide from star performer in the early 2000s to oil-dependent stagnation since 2010.

He sheds some light on the impact of sanctions and the section of Russian society their president must appease.

What are the impacts of the sanctions and what do we know about the 370 people who have been sanctioned?

The so-called oligarchs essentially formed a pact with Putin to be politically loyal in order to keep their wealth. His inner circle has been fairly well studied and that is why western governments, including the UK, have been able to identify their names.

Working out who has got which assets and exactly how those assets are owned is the complication and the search for beneficial owners has been rather late in some cases.

The hope is it is a small group, which will be persuaded by these sanctions, that Putin has not kept his side of the deal and might put some pressure on the president to change his policies.

Are the sanctions working and how do they work? 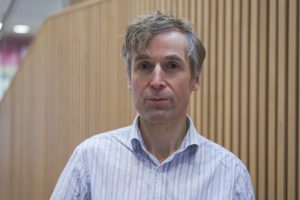 They work essentially on what looks like the structural weakness of the Russian economy and I think this is why western govts have been keen to implement these. I would say that they have been fairly successful so far.

Russia is a big military spender with a surprisingly small national output when you look at its GDP. Even on the most generous measures, which adjust for its lower price levels rather than just converting it into dollars at current exchange rates. It has the 4th biggest military spending in the world but, at the most generous, it has the 6th largest GDP.

Just translating its GDP into dollars it was 11th place before this started, and then of course its currency collapsed so it’s way down the list, outside the top 20, so Russia spends a high proportion of its rather limited national output on defence.

Any injury to that economy, as inflicted by sanctions, could significantly impede not just maintaining political support, which Putin may struggle to do if the economy goes bad, but also maintaining the actual financing of the military because it is extremely expensive to fight this sort of campaign.

There has been particular enjoyment in the west of the fact that Russia anticipated this and looked for alternative economic arrangements that would insulate it from sanctions, especially on the financial side, but failed.

It tried to set up alternative international payment arrangements in conjunction with the Chinese that would enable them to exist outside of that SWIFT system, which the west has duly excluded Russia from.

Now Russia has problems accessing the $600 billion war chest that it had set aside out of previous oil revenues to finance this. So that is a significant issue and Russia is still an oil and mineral-based economy.

It needs to import a lot of other products. It is by no means self-sufficient so if it is excluded from international markets, if it can’t mobilise it’s dollars that, even within weeks, could cause serious supply constraints and bring the economy way down.

Suggestions are that they have asked China for assistance. Could this prevent other countries from doing something similar?

I think Russia is a special case. It is structurally very weak. Although it spends a lot on its military and does have advanced equipment, it doesn’t produce the material it needs: the spare parts, the electronics and a lot of this has to be supplied from abroad.

The Russian economy including its military industry is hollowed out: they assemble things but need to import key components, and even their big exports like oil, gas and metal products need imported inputs. And obviously the western arms producers are not going supply materials, so China becomes the few other places it can turn to. Whether China will actually want to throw weapons into this war is not clear.

Russia is simply not self-sufficient enough to be able to provision its own military, and that is rather surprising. The economy has been extremely problematic since 2010.

In the early 2000s, the first 10 years under Putin, the oil industry gave Russia a large amount of resources to play with. Putin did modernise the military but he didn’t diversify the economy and so that military modernisation has strict limits and leaves them dependent on imports in a way that a modern superpower shouldn’t really be.

If the oligarchs can’t access their huge wealth, surely this makes their lives a bit more complicated?

I think Putin is gambling that these oligarchs will always find their way around the sanctions and so that elite around him will stay loyal. He may believe they will be inconvenienced but they won’t be so annoyed that they will do anything against him. The constituency he really needs to be concerned about is the ordinary Russian pensioner. He doesn’t have a lot of support among young people.

Demographically, there aren’t that many young people in Russia. Another aspect of structural weakness is it is an aging population and those young people are often emigrating because there isn’t enough for them to do; their entrepreneurial skills are not valued.

Putin’s support is still there among the older people who appreciate stability and who he has been very careful to protect in terms of living standards.

In fact, a lot of people’s pension savings were wiped out by inflation under the previous government of Boris Yeltsin. Putin is associated with those 10 years of good economic growth up to about 2010, when people felt richer and, particularly, pensions were worth something and the retiring, or approaching-retiring population, was made very loyal by that.

If they are hit, if they find out that their pensions have been wiped out by inflation again, or that they can’t spend their pensions because consumer goods aren’t there any more, that is going to affect Putin much more. So I think he does worry about the oligarchs if they feel too inconvenienced, but he worries more about the living standards of that mature section of his population, which has been extremely loyal up to now, but could turn against him.