OU News
You are at:Home»Arts and social sciences»OU academic gives evidence to Parliament inquiry on coastal flooding and climate change

Community engagement has a key role to play in policy and planning processes for coastal flooding and climate change, says an OU geographer giving evidence to a Government inquiry. 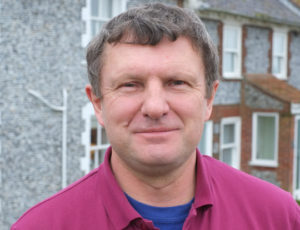 Dr George Revill, Senior Lecturer in Geography from the Faculty of Arts and Social Sciences, has today given oral evidence to the coastal flooding and adaptation to climate change inquiry.

The inquiry, launched by the Environment, Food and Rural Affairs Committee (EFRA) in March 2019, is addressing the following terms of reference questions:

Dr Revill had previously submitted written evidence from a current study funded by the Arts Humanities and Research Council based on the North Norfolk coast called Sounding Coastal Change (2016-2019).

This project supports the findings that timely creative arts-science based public engagement, or ‘creative engagement’, can play an important role inspiring confidence and support for policy and practical decision making about coastal defence choices.

The research found that the often-polarised debates and intractable positions taken up by members of the public in relation to issues of coastal defence and adaptation in the face of projected sea level rise is a fruitful area for this kind of engagement.

In the context of deliberating complex human-environmental challenges, public engagement needs to move beyond models of dissemination and learning that simply project expert knowledge onto groups of people whilst leaving that knowledge intact and unchallenged.

Questioned today by Neil Parish MP, Chair of the EFRA Select Committee on how people can feel daunted and disengaged by environmental issues such as climate change, Dr Revill said:

“An immediate response from people who are directly affected is to produce, anger, and antagonism, which ultimately can be counterproductive. And where the general population is concerned, disengagement and disinterest can be so huge and intractable that we can’t find a way forward.

He added: “Examples of coastal partnerships, working with local groups for example, can help, because people can work together to think about a future beyond the immediate problem. And there are a number of examples around the country where that’s the case. So, finding ways out of these intractable positions where people butt up against each other is really key.”

Angela Smith MP asked Dr Revill how best to engage people in dealing with sea level rise and coastal erosion, and what not to do?

“We need to engage people fairly early in the process, all these places are different and so, the researchers who are involved with this need to get to know and embed themselves in that locality and get to know the people.

“People need to be treated as adults, so that it doesn’t become a matter of ‘here we are as a statutory authority and we’re going to tell you what we think you ought to know. And then you’re going to tell us if you understand it or not.’

“We have to find ways of working with local communities such that the knowledge that they have in those local places actually means something and makes a difference in the planning process.

“When engagements come late in the day, they tend to create a more antagonistic and oppositional attitude, simply because the proposals are more firmed up and so people have to oppose them in order to get themselves heard.

“Experience suggests from elsewhere that some of the coastal action groups, over a period of 10 or 15 years that were started as groups to oppose what was going on, have actually been now working with coastal partnerships to monitor and plan for the coast and that’s better for everybody, local people feel empowered by it, probably saves the coast partnerships some money and time and effort too.”

For more information about the committee and previous evidence submitted can be found here.