OU News
You are at:Home»Arts and social sciences»Society and politics»Invasion of Ukraine: four key insights 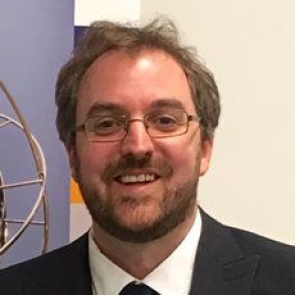 It is hard to predict Russia’s next move as the invasion had confused aims, says Prof Gaskarth

What has happened so far?

Russia invaded Ukraine on 24 February 2022 with a three-pronged attack, from Belarus to the North, Russia to the East and Crimea to the South. In the initial phase, it launched cruise missile attacks on military sites and airfields. Ground troops made slow progress in the next few days and Ukrainian fighters put up a strong resistance. The Russian offensive became more indiscriminate in its efforts to seize Ukrainian cities. It dropped cluster bombs on the Eastern city of Kharkiv, shelled the coastal port of Mariupol and is alleged to have used thermobaric weapons. The US, EU, UK and many other countries introduced sanctions which have had a crippling effect on the Russian economy. For now, Kyiv is holding out but a number of towns and cities in the South and East are under Russian control.

What is the significance of the Western response to Russia’s invasion?

The scope and level of sanctions against Russia is unprecedented. Many countries that resisted coercing Russia, including Germany, Italy and Hungary have participated. Germany has stopped approval of the Russian gas pipeline ‘Nord Stream 2’ and announced an increase of its defence budget to over 100bn Euros. Even neutral Switzerland has agreed to implement EU sanctions. Other neutral states such as Finland and Sweden have discussed becoming NATO members if their security is threatened. Ukraine asked to join the EU and its President addressed the European Parliament. For some years, the West has been fractured but the Ukrainian crisis has led to a surprisingly unified response. Russia is increasingly isolated and many countries from the Global South have condemned the invasion, with strong speeches from Kenya, Gabon and Ghana in the UN Security Council. 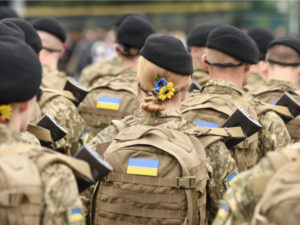 The Ukrainian crisis has led to a surprisingly unified response, says Prof Gaskarth.

What will Russia do next?

It is hard to predict Russia’s next move as the invasion had confused aims. Putin has suggested in speeches that Ukraine is not a real country and is naturally part of Russia. The desire for ‘demilitarization’ of Ukraine suggests Russia will seek to occupy the territory, and either annex it or impose a puppet regime. However, Ukrainian resistance has been strong and Russia does not have enough troops for a permanent occupation. To make progress, Russia’s military are having to be more aggressive and indiscriminate, which is further alienating the Ukrainian population and may cause rising dissent at home. If NATO countries like Poland begin to offer direct military assistance to Ukraine, there is a danger of a wider war between NATO and Russia. So far, it seems likely Russia will cut off Ukrainian forces to the East and divide the country in two.

How does this end?

Negotiations are ongoing. Ukraine has suffered significant damage and loss of life and so may not be willing to make concessions to Russia. Similarly, the extent of Russian casualties and the economic impact from sanctions mean it might not settle for more limited outcomes (e.g. Ukrainian neutrality or confirmation of Russian rule over Crimea and the eastern breakaway Republics). If the invasion becomes more costly, we could see a breakdown of Russian discipline, mutinies and even regime change in Moscow. If not, there is likely to be heavy loss of life as the invasion moves to a brutal phase of urban warfare in Kyiv and Kharkiv. There are also real dangers of a wider confrontation between NATO and Russia. The Russian government will have to compromise and withdraw eventually, allowing Ukraine its independence. The alternative is it will be an international pariah, cut off from the West and fighting a draining insurgency at immense cost.

Read more on the statement by Prof Tim Blackman, Vice-Chancellor of The Open University, standing in solidarity with the people of Ukraine.