OU News
You are at:Home»Arts and social sciences»Society and politics»How will history view the UK’s Brexit process?

As negotiations continue over Brexit and politicians hold various votes on leaving and delaying one might well wonder how historians will look back at this unprecedented time in UK/EU relations. 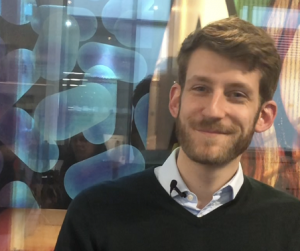 Last week Theresa May’s deal was rejected for a second time and then MPs voted to rule out leaving the EU without a deal and in favour of an extension.

Dr Luc-Andre Brunet, an historian and lecturer in twentieth-century Europe, shares his thoughts as the UK waits to find out what will happen next:

This is the first case of a member state actually leaving. So that in itself makes it unique.”

“The only territories that have left the EU or the European Community previously – Algeria in 1962 when it gained independence from France, or Greenland in 1985 after it voted to withdraw – don’t provide many useful lessons for the case of Brexit.”

“In some ways, a helpful historical precedent for understanding Brexit is actually Britain’s entry into the European Community (the forerunner to the EU). Britain applied to join in 1961, just three years after the Community was established, but the British Government thought that it would be able to dictate the terms of its entry. The application therefore came with requests for all sorts of special arrangements for the Commonwealth, for British farmers, and so on. We might describe it today as wanting to have one’s cake and eat it. Perhaps unsurprisingly, the British application to join was rejected, and it took until 1973 for the UK to finally join, alongside Ireland and Denmark.”

“Then and now, Britain’s approach to the European Community (and the EU today) reveals a profound misunderstanding of how Europe works. What we’ve seen in the case of the UK leaving is quite similar to what we see when a country wants to join the EU, and to what the UK itself went through when it first joined. In every case, it’s up to the individual country, regardless of its size, to accept the terms set up by the EU, not the other way round.

Perhaps the most astonishing aspect of Brexit, for an historian at least, is just how little the British Government has learned from its own history, and the lessons from joining and then spending decades as a vital member of the European Union.”

Access to archives will help to know full story

“It’s hard to see this as a very successful moment in British history, but I think we’ll be able to assess it more fully when ultimately we have access to the archives in 30 years’ time. For now I think the assessment will be pretty bleak.”

“As an historian looking at this initially, the assessment will be pretty damning on the current UK government. The Brexit process has consistently been mishandled; from the calling of the Referendum by David Cameron, to the triggering of Article 50, to the general election of 2017 and to the series of commons defeats most recently suffered by Theresa May’s Government. Regardless of how one voted in 2016, I think it’s hard to argue that the Government has done a good job of implementing the results of the referendum.”

“When future historians gain access to the archives and can read everything that’s going on behind the scenes, they will be able to re-assess all these Government decisions; just what went wrong and, who was responsible for the various failures on the British side in negotiating Brexit. This may confirm some of the impressions we have now, but it will also reveal new insights, and could even pave the way to a more sympathetic account of the current government.”

“But overall what we can say is that Brexit really is an unprecedented stage in the history of European integration:

In the coming days important decisions will be made here in London and the UK, and of course in coordination with Brussels, that will shape what kind of Brexit we’ll end up seeing.”

Dr Luc-André Brunet is a lecturer in twentieth-century Europe, with a particular interest in the history of European integration. He is the author of Forging Europe: Industrial Organisation in France, 1940-1952 and recently gave a public lecture as part of the OU’s Open Talks series entitled ‘With Europe, but not of it? Why Britain joined the European Community’.