OU News
You are at:Home»Arts and social sciences»Society and politics»Conservative leadership election: who might battle it out?

As the voting gets underway in the Conservative Party leadership election, we asked three of our regular politics commentators to share their thoughts and predictions on how this race might run and which two candidates could ultimately battle for victory in September and succeed Boris Johnson as Prime Minister:

“With two exceptions, in spite of my being right of centre, I believe the candidates vying to succeed the cast-aside Boris Johnson resemble the unpalatable choices vegans face in steakhouses. And so, the unlovable soap opera that is Westminster politics, rife with partisan squabbling, sleaze, malfeasance, and rank incompetence, is to produce a fourth prime minister in only some short six years. 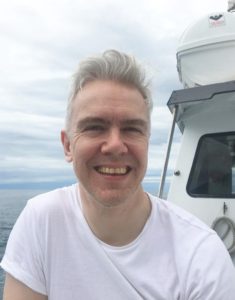 This race to become prime minister is largely the politicians’ race, not ours, says Dr Heffernan.

Can anyone be surprised that public trust in politicians has never been lower? When policy catastrophes, personal scandals and reported law breaking by some MPs have, over time, considerably undermined public trust?

This race to become prime minister is largely the politicians’ race, not ours. We citizens, lacking a vote, merely spectate the process. Perhaps, if we are lucky, opinion polls may indirectly influence Tory MPs and members.

Candidates, like the front runner, Rishi Sunak, have been ready to go way before the window was finally opened for Boris to throw himself out of (and through which he was simultaneously thrown). In this contest, curated by the ever-present, all omnipotent mainstream media, those eager to pick up Boris’ crown craft statements and slick videos telling us “who” they are and “why” they are indispensable. This first stage of the contest, however, involving the securing of MPs nominations and then votes, is fought out behind the closed doors of Westminster. Private, unseemly, horse-trading happens. Shenanigans, too. Then a ballot of the Conservative party members in the country, which last time round numbered 136,000 ageing souls (of the 67,000,000 people resident in these Isles).

This contest, in which the frontrunners call for a smaller state for the professional classes rather than a stronger more effective state for working people, offers further proof we need a better, broader, more fit-for-purpose political class in my opinion. We must radically transform the ways in which we choose those who make, execute, and administer laws and public regulations. Voters must be enabled to elect ordinary people, with normal backgrounds and who have normal jobs. Parliament should be more representative of ordinary people and their interests, not only those of the professional political class.

In the race to succeed Boris it is clear Rishi Sunak will win the MP vote. The thresholds have been crafted to suit him and other frontrunners. I suspect, however, that Sunak’s personal and political failings will trip him up and mean the person sent to the membership ballot alongside him will win the election. It remains unclear who that will be, but should she win sufficient support in the MPs ballot to make the last two (a tall order), I hope it is Kemi Badenoch. Sunak, however, will probably lose to either Liz Truss or Penny Mordaunt.

But political predictions are usually wrong, and mine always are. Boris, when the Tories won the Hartlepool by election in May 2021, was master of all he surveyed. Who would have thought he’d fall so fast, so soon? “

“It is a sign of the disorder that Boris Johnson leaves behind him in the Conservative Party that not only were there 11 candidates who wanted to put themselves forward for the job of party leader (and, by extension, Prime Minister) but that eight of them found enough support to make it onto the first round of the official ballot.

This is despite the efforts of the 1922 Committee that runs the process to keep numbers down. The range of candidates reflects the competition between different factions of the party, notably between the more centrist arm and those further out to the right. 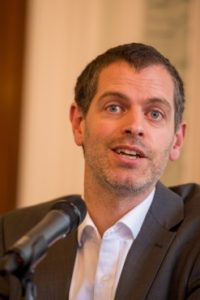 The range of candidates reflects the competition between different factions of the party, says Prof Usherwood

The early front-runner, Rishi Sunak, is now de facto the standard bearer of the former group, making much of his experience and of his relative popularity with voters. Barring some major misfortune, he is perhaps the most likely to make it through to the final two. With the boost of Grant Shapps – who failed to make the cut – and likely to pick up supporters of Jeremy Hunt, Tom Tugendhat and Sajid Javid, Sunak can make a credible claim to be a safe pair of hands for the post-Johnson era.

However, the breadth of opponents from the rest of the party signal how much to the right the Tories have drifted in recent years. What some observers might have dismissed as Johnson’s erratic and extreme positioning on immigration, international law and standards in public life, all turn out to be both acceptable and desirable for many MPs.

Tellingly, it has been so-called “culture war” issues that have helped to drive up support for the likes of Kemi Badenoch, Suella Braverman and Liz Truss. Even though questions over trans rights or the removal of statues weigh very little for an electorate much more concerned about the cost-of-living, the particular nature of the voters in this election – Tory MPs – means that we are likely to hear much more on this in hustings.

Truss has probably the best chance of getting through the ballot stages. She has the best name recognition among voters and seems to have put her campaigning to remain in the EU in 2016 very firmly behind her. She also benefits from the very limited polling available that suggests she might do relatively well among party members in a two-up against Sunak.

The next few days will be a brutal winnowing of the candidates to get down to the final pair, just as the summer campaign among party members is also likely to be rather fractious. Which means that as well as having to get to grips with leading the country, the winner of this contest is also going to have to work on party unity if they are to have any hope of rebuilding support before the next general election, which might be only 18 months away.”

So, at the time of writing, we now have six candidates left for the Tory Party leadership, Kemi Badenoch, Suella Braverman, Penny Mordaunt, Rishi Sunak, Liz Truss and Tom Tugendhat and after the Conservative MPs and Conservative party members have had their say, and voted, we will have a new Prime Minister by early September 2022, possibly sooner if one of the remaining two candidates drops out by 21st July after the Tory MPs have voted. 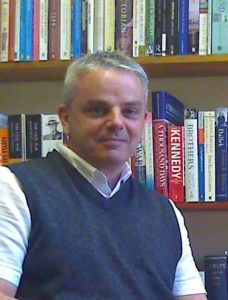 During the next few days, we can expect the teams for each candidate to go into top gear, says Galbraith

During the next few days, we can expect the teams for each candidate to go into top gear as they push hard to have their preferred man, or woman, elected. So, expect some slick promotional campaigns and some careful messaging as the candidates, and their supporters, try, to varying degrees, to separate themselves from the Boris Johnson era of political leadership of the UK.

It is very difficult to predict who will win this election race since there are similar messages being put forward by each candidate, except Rishi Sunak, on the timing and extent of intended tax cuts – the key issue for many political analysts.

We can expect some jockeying for future cabinet positions too by MPs, something which will be tricky for MP supporters of their current preferred PM candidates as the latter reduce in number. The machinations of this will be fascinating to observe.

It is important to remember though that the party members of the Conservative Party, who are crucial to this whole election process, may hold different positions on Tory party policy to those of their MPs, with the former leaning more to the right than the latter, and the remaining two candidates who emerge from the parliamentary stage of this election will have their work cut out to convince the party faithful that they can add some substance to their slogans on tax cutting, and they will need to get the balance right on how big the state should be and how far they intend to continue to deliver on the last party manifesto.

The early momentum seems to favour Sunak, Truss, Mordaunt and Tugendhat, with the latter two representing a supposed new start for the Tory party. Expect the contest to become more divisive and combative during the next few days.”