OU News
You are at:Home»Arts and social sciences»Red kites and ravens swooped through Elizabethan London – and helped keep the city clean

Dr Lee Raye, associate lecturer in arts and humanities, at The Open University, has written a piece which is based on their new report on wild creatures which inhabit London, focusing on red kites and ravens.

We sometimes think of cities as concrete deserts inhabited only by humans, pigeons and rats. But that has never been true. In London, for example, the streets are lined with plane trees, foxes come out at night, and starlings and house sparrows whistle from the rooftops.

If you’ve driven on the M4 motorway out of the UK capital you might have spotted something bigger picking at roadkill. Common ravens and red kites are larger than hawks and falcons, and though they may peck at the city’s outskirts today, in the time of Shakespeare and the Great Plague they were common inside London too.

These carrion birds would nest in the city’s trees and high buildings and swoop through the streets eating waste food and offal. Some stories even maintain that they were strictly protected by law and killing them was punishable by death.

How did the average Londoner feel about sharing their city with these wild and imposing creatures? For my new report, published in The London Journal, I combed the historical record for travellers’ accounts, natural history notes and laws and discovered a lost world of mischief, humour and inter-species harmony. 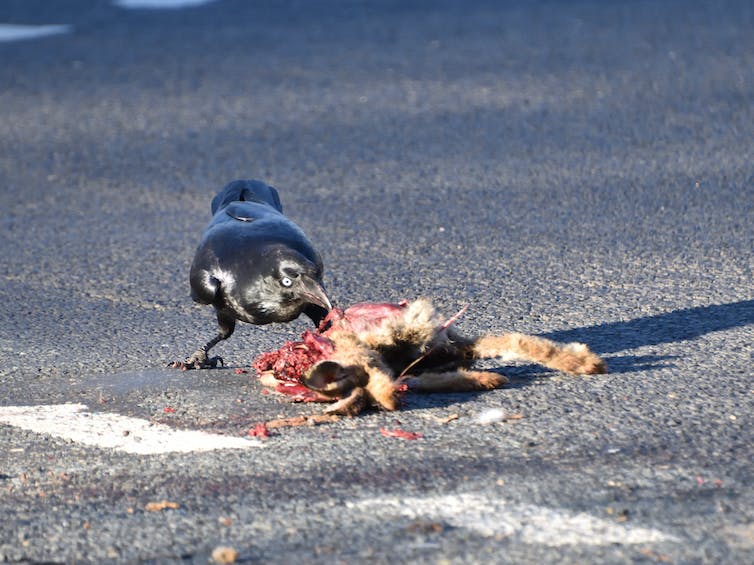 The best evidence for ravens and red kites in London comes from the early modern period, between 1466 and 1777. In this time, travellers to London described these birds in daily life in some of the richest accounts left to historians. Their stories often use the ravens and red kites to paint London as a particularly wild and uncivilised place.

Sadly, these early travelogues aren’t the most reliable sources. Just as modern tourists tend to exaggerate how unique and exotic the places they visit are, the same was true in the past. Historical and archaeological evidence suggests that ravens and kites were not unique to London. They have lived in many urban areas across Britain and elsewhere in Europe, at least since the Roman period.

That’s not to say the large birds were model Londoners. One of Britain’s most respected naturalists of the time, William Turner, wrote in a letter published in 1555 that:

Such is the daring of our kites, that they often dare to take bread from children, fish from women, and cloths from hedges and from the hands of men. Indeed, very often they will take the hats from people’s heads during the time when they are nesting.

Incidentally, this habit of stealing cloth has endured among red kites. Today they even seem to have a special fondness for stealing underwear.

So, if people at the time thought of ravens and red kites like we think of gulls that dive bomb people enjoying fish and chips, why did early modern Londoners put up with them? 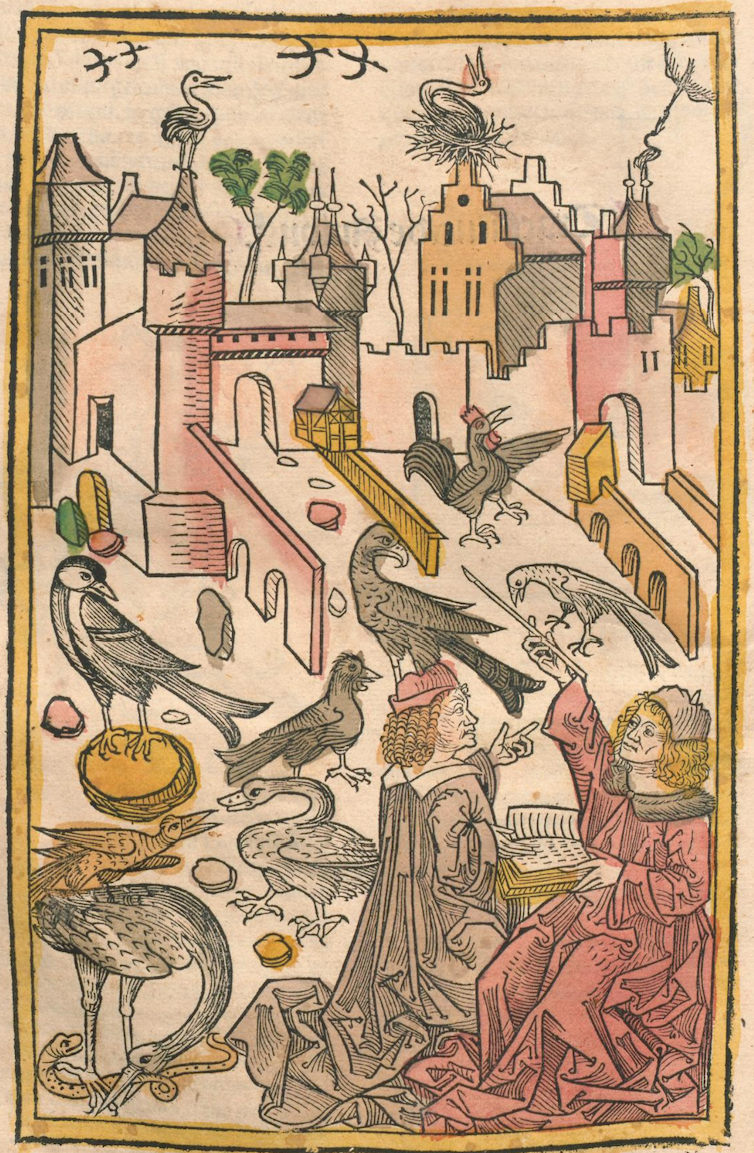 Birds of a feather

Wenzel Schaseck, a traveller from what is now the Czech Republic, reported in 1466 that it was a capital offence to harm red kites in London. Pierre Belon, a naturalist from France reported in 1555 that anyone caught doing violence to ravens anywhere in England would receive a heavy fine. The trouble is, I’ve looked and I can’t find any statute which protects ravens and kites. In fact, the Act Against Destruction Of Wildfowl (1533-4) actually encourages people to destroy ravens and other inedible species, like red kites.

The closest thing to a protection law which exists is in the Grain Act (1566), which set bounties on the heads of most of our wildlife for pest control. This act included an exception: bounties would not be paid for ravens and red kites found in towns and cities, which meant that no one would benefit from hunting the urban scavengers.

But why were their populations in London preserved for so long? John Taylor, known as the Water Poet – a celebrity Londoner of the 17th century – gives a more convincing reason for why people put up with the birds:

Ravens, kites, crows, and many other birds of prey, are tolerated to live unhurt, not for any good that is in themselves, but because they do good offices in devouring and carrying away our garbage.

Londoners living in a time of unreliable waste disposal and plague epidemics seemed to value the industrious carrion-eating birds for the relative cleanliness they afforded. Today, we might even say they performed a useful ecosystem service by contributing to the city’s sanitation. Ravens and red kites in turn seem to have loved the messy, bustling London streets. They fitted in perfectly. Perhaps they didn’t need legal protection.

Ravens and red kites were lost from London in the 18th century and were soon eradicated across most of the rest of Britain. Improvements in sanitation, bounty hunting outside of the city, and the felling of trees may all have played a part in their departure from the capital’s skies.

But today, 300 years later, things are looking better. Ravens and red kites have recovered much of their lost range and the birds have even started to return to London, with both birds now occasionally nesting within the city limits. Can Londoners, ravens and red kites learn to live together again?