Inspired by the great female primatologists that have gone before her, OU graduate Carolyn Thompson has always had a passion for apes. Despite being told by her careers advisor at school to pursue a different path because she “did not have a good grasp of maths and science,” she persevered, and thanks to the OU was able to achieve her dream of studying forgotten apes all across the globe.

1. Have you always wanted to work with apes?

At the age of seven I had already chosen my dream job. I wanted to be a primatologist: a scientist who studies apes, monkeys, lemurs, lorises and tarsiers. I had heard about the work of Jane Goodall and Dian Fossey, two strong female primatologists, and I was eager to follow in their footsteps. By the time I was choosing my A-levels I was still singing the same tune. I discussed my career choice with the school’s career advisor who tactfully encouraged me to pursue a different path because I did not have a good grasp of maths and science. The way these subjects were taught in school did not suit my personal learning style. I lacked faith in my abilities, so I took the advice of the career advisor. I left school with three A’s at A-level in geography, art and psychology. I was proud of myself but knew I may struggle to reach my goal.

2. Why did you choose to study with the OU? 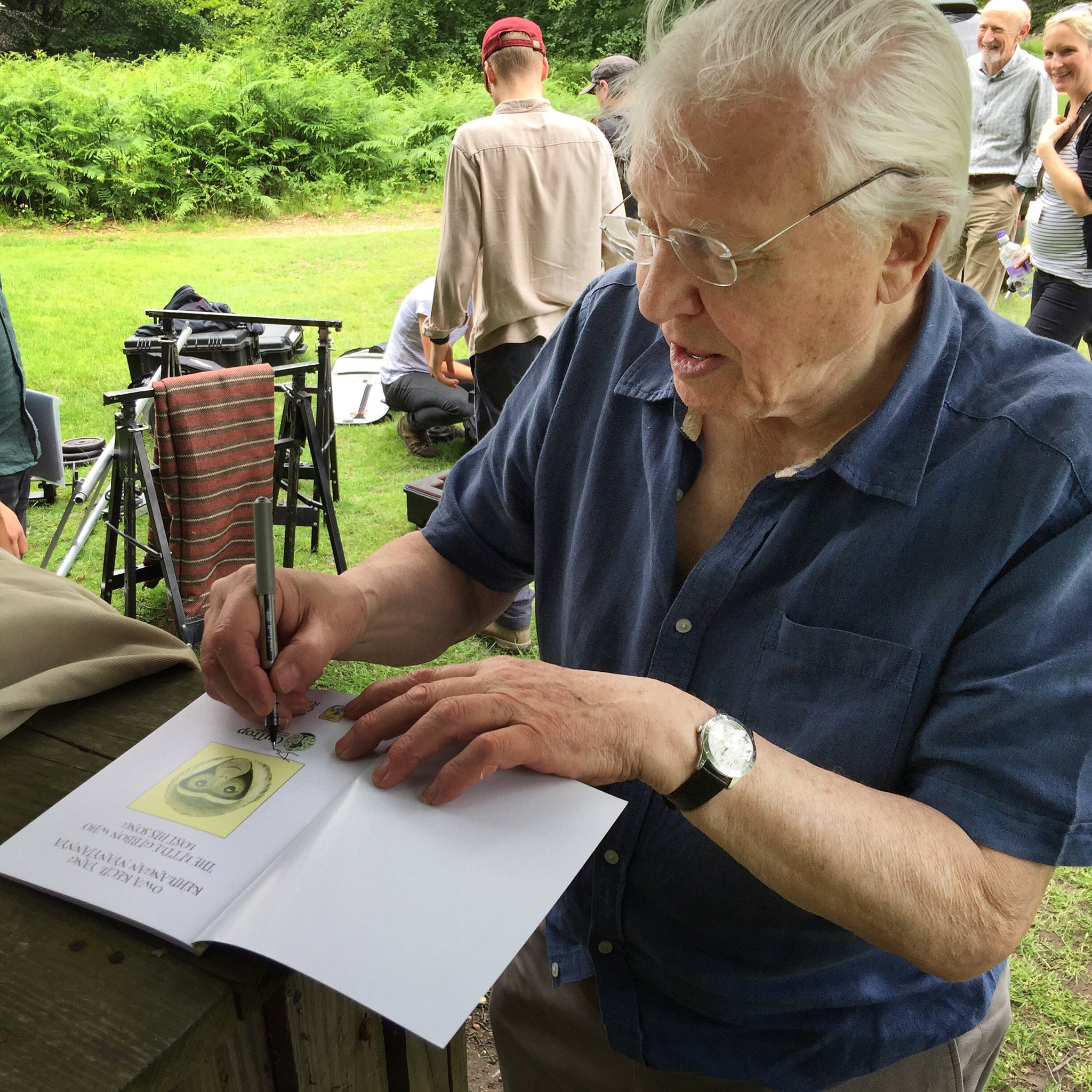 I spontaneously ordered an OU prospectus. My mother was studying with the OU at the time and loved it. I had not heard of the OU before. My first inclination was that it must be for mature students. I instantly loved how everyone was encouraged to learn. Enthusiasm and passion were assets, and my lack of science background did not matter. I chose a taster module, Studying Mammals, to test out the independent style of learning.

It was a basic introduction to mammal biology and adaptations, requiring you to read Sir David Attenborough’s Life of Mammals as part of the module. Sir David indirectly inspired me to enrol on a Bachelor of Science (BSc) in Life Sciences (now Biology). From paper to reality, I had the honour of meeting Sir David in 2013 at a primate-based event, and again when he reviewed one of my children’s books for conservation.

3. How has studying with the OU helped you achieve your dream job?

I was awarded an Upper 2:1 BSc (Hons) in Life Sciences in 2010 which enabled me to go on to study a Master of Research (MRes) in Primate Biology, Behaviour and Conservation at the University of Roehampton. I was initially worried my OU degree would be frowned upon, but the independence and determination needed to complete an OU degree was regarded as an asset. I completed my MRes with a Distinction result, one of two students out of a cohort of 24 to achieve this.

I am currently studying towards a doctorate degree at University College London, and I feel very grateful to be here and know this is largely down to the OU opening doors for me.

4. Tell us about the research you are doing in your job 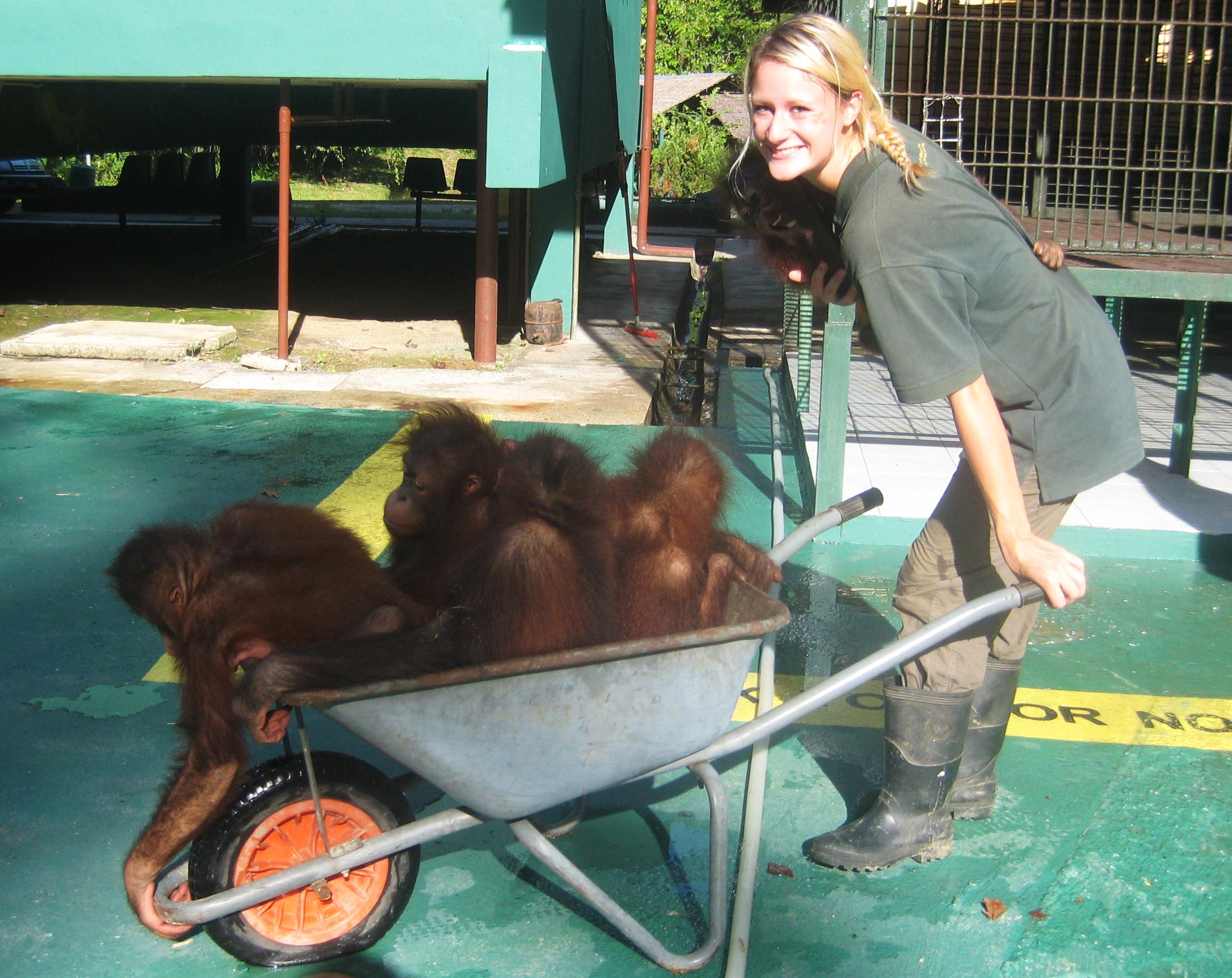 I have now been working with primates for more than 10 years. My research is investigating the patterns and drivers of gibbon decline in Asia. Gibbons are the smallest of the apes, yet many people have not heard of them in the shadow of their great ape cousins (i.e. the gorillas, bonobos, chimpanzees and orangutans).

Along with the Zoological Society of London, I am focusing my attention on the Skywalker Hoolock gibbon. It was discovered earlier this year in an isolated forest fragment on the border between China and Myanmar. We know that there are 200 individuals in China but numbers in Myanmar are unknown. My research plans to fill in vital knowledge gaps so that we can protect this species. Sadly, the biggest threat to primates, including the gibbons, is us – humans. Many are even on the brink of extinction due to habitat loss, illegal hunting and the pet trade. Of the 20 known gibbon species, 19 are threatened with extinction.

5. What are the best and the most challenge bits about your dream job?

People often ask me what the best, most challenging and exciting part of my research is. The best is working with amazingly diverse people and waking up to the sound of wild gibbons singing. Studying a newly discovered species is also an incredible opportunity, especially if you can find ways to protect it. I’m not a morning person so the early starts can be very challenging. I have also been in some dangerous situations, such as almost being bitten on the head by a Black mamba snake. The most exciting part of the job is finding so many awe-inspiring surprises in the forest. I’ve tripped over a sun bear on the way to an orangutan nest, had an unwelcome snake engulf a giant rat under my mattress, and had a baboon pee on my head. All just part of a normal day’s work.

Take your first step towards your dream job