The Open University has appointed Dr Jonathan Nicholls as its Acting University Secretary.

He will take up the post in mid-July on the departure of the current University Secretary, Keith Zimmerman. 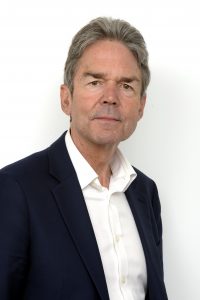 Dr Nicholls has long expertise and experience in higher education. He has previously served as the principal administrative officer at the Universities of Cambridge, Birmingham and Warwick. Most recently he has been Director of Strategic and Policy Services (Education) at Shakespeare Martineau. He has also held leadership roles across the HE sector, including Chair of the Association of Heads of University Administration.

In a message to OU staff, she said: “Jonathan has successfully helped all three of the Universities in which he has worked to develop their values, innovation and performance, and enabled significant and sustainable change. It is testament to the underlying strength of the OU that colleagues of this calibre want to join us and bodes well for attracting an excellent Vice-Chancellor in due course. Jonathan will remain with us through this process.”

“Honoured to join the OU”

Dr Nicholls said: “The Open University is a great university, transforming millions of students’ lives. As a parent, I know the difference that the OU can make. My step-son recently completed a MA in Philosophy at the OU, and was enthusiastic and proud of the support he received. I am hugely excited and honoured to join the OU at this time, and help Mary and all the staff and students in the OU during this important time of transition.”

Dr Nicholls will start at the OU in mid-June to allow a handover period with Mr Zimmerman.

Read about other recent senior appointments at the OU.