A new series co-produced by the BBC and The Open University offers viewers a fascinating insight into the ambitious construction of Britain’s new nuclear power station, Hinkley Point C in Somerset.

Building Britain’s Biggest Nuclear Power Station begins on Wednesday 2nd June at 9pm on BBC Two. The four-part series follows the engineers, technicians and the behind-the-scenes staff who are under pressure to keep the controversial project on track.

Costing over £22 billion and covering an area the size of 250 football pitches, the construction site is one of the largest in Europe and will be the UK’s first new nuclear power station for a generation.

The series highlights many of the challenges the project has faced, including building the mammoth foundations for the two nuclear reactors, the excavation of cooling water tunnels that go out under the Bristol Channel, and construction of the critical airtight inner steel lining, designed to contain any radioactive material in the unlikely event of a meltdown. 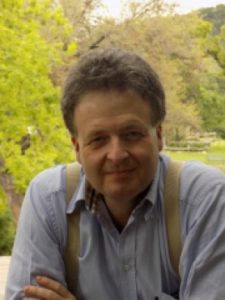 One of the scientific consultants on the programme was Professor of Energy at the OU, William J. Nuttall, he said:

“Everything about the Hinkley Point C project is huge, including its scale, complexity, cost, and the contribution it will make to Britain’s low-carbon energy future.

“The project involves impressive technology, but it is also a very human story of team-work and close co-ordination. This first up-close TV programme reveals how those constructing the plant are supported in their work by numerous colleagues on-site.

“Off-site, some of the people of west Somerset are worried about nuclear power, while others must cope with the disruption that comes from being close to one of the biggest construction projects in the world.“ 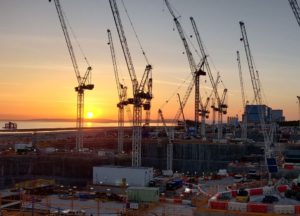 The series also visits Hinkley Point B to learn how staff prepare to switch off the reactors as the AGR station approaches the end of a generation.

A further two episodes are under production and will record the build as it moves to the iconic dome lift moment for the first reactor unit.

Building Britain’s Biggest Nuclear Power Station will broadcast on BBC Two on the 2nd and 9th June 2021 at 9pm. For more information and for links to watch again, please visit the BBC website

Visit our Open Learn broadcast pages for extensive resources and information on topics exploring the challenges associated with nuclear waste and how nuclear energy may help the deep decarbonisation of our energy network.