OU News
You are at:Home»Around the OU»TV and radio»The Prosecutors: behind the scenes with Julian Webb

A unique OU/BBC documentary series, which goes behind the scenes to reveal how our Crown Prosecution Service really works, begins on BBC Four next week.

‘The Prosecutors: Real Crime and Punishment‘, the first episode of which is on Wednesday 24 February 2016 at 21:00, invites audiences to experience the challenging, and often harrowing environment in which the criminal justice system functions.

We asked Programme Director at The Open University Law School and academic consultant, Julian Webb, to explain his role on the series. 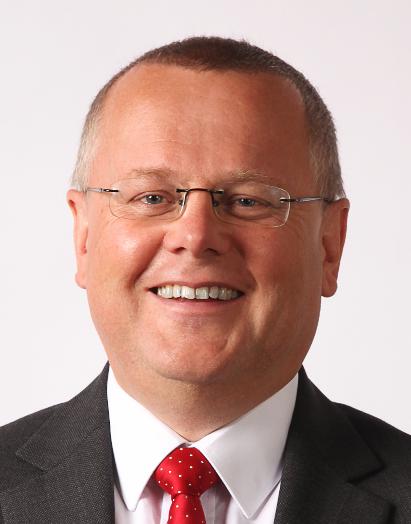 Programme Director at The Open University Law School and academic consultant on the series, Julian Webb

What does being an ‘academic consultant’ for a BBC series entail?

“Initially, I was involved in discussions about the programme to ensure that it would contribute to a deeper understanding of the Crown Prosecution Service for both the audience watching it and our students. Once the series had been recorded, it was then on to reviewing the edits.

“As an academic consultant, it’s important to consider the audience’s interpretation. For this series, there was about 1,000 hours of filming for three hours of broadcasting; it was a significant edit for both me and the producers. However, it was vital that each episode made sense and wouldn’t lead to either confusion or a misrepresentation of the law.

“One example of where I collaborated to ensure that the programme was representative of the law was in extending a scene in which a senior barrister was interviewed. To be guilty of the crime of murder you obviously have to kill a person, that’s the act, but you also have to have the intention to kill a person OR the intention to cause really serious harm. The latter reference was excluded from initial edits, and so I suggested a minor edit that spared the senior barrister any embarrassment, whilst ensuring an accurate legal definition for the audience.”

What themes are raised by the series?

“There are a number of themes; firstly, each episode demonstrates the processes the Prosecutor has to adhere to even before the defendant is brought to court. For example, The Code for Crown Prosecutors, which states that a case must only be brought to court if it is in the public interest and if there is a realistic prospect of securing a conviction.

“The Prosecutor also has to weigh up the seriousness of the allegation with the charge, deciding if the police have charged the individual appropriately so that, if the person is convicted, they receive the most appropriate sentence.

“The series also provides insight into the prosecution process for the defendant, whilst dealing very sympathetically with the unwanted role of the victim or the victim’s family. There’s a very poignant story in the first episode in which these themes are explored.”

What will audiences learn as a result of watching the programmes?

“Hopefully audiences will take away an appreciation of the tremendous care that the Crown Prosecution Service takes in making their decisions; an immense amount of consideration, detail, research, and thought goes into making their decisions. They sometimes make mistakes and are pilloried in the press for bringing or, indeed, not bringing a case, but a Prosecutor doesn’t take any of their decisions lightly and the series will provide audiences with an insight into the incredibly challenging, complex, and often harrowing role of the Prosecutor.”

Why is the programme important to The Open University and its students?

“At the moment, students reading law with the OU focus on the Code for Crown Prosecutors and law on the books (e.g. the Acts of Parliament); the series will illustrate how what can be bland words in a textbook are actually be applied in practice.”