The second series of The Prosecutors, co-produced by The Open University and Gold Star Productions for the BBC, begins on Thursday 2 August at 9pm on BBC Two, with the second episode following a week later.

This series uncovers more about our Criminal Justice System’s workings, following the prosecutors tackling an organised criminal gang who fly drugs into jails with drones, and tracing a shadowy network who are using children as slaves in UK nail bars.

Dr Simon Lavis, Lecturer in Law at The Open University, says that getting the balance right on the route to court can be a tricky business: “This programme shows us how prosecutors need to be astute, and also creative, in how they apply the law.  New technologies and criminal methods test our legislation, and it’s fascinating to see how the Crown Prosecution Service works through difficult decisions, such as what charge to apply, when building a case. The series really lifts the lid on how the CPS works.” 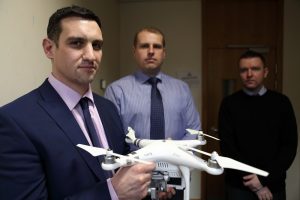 Drones are being increasingly used to get drugs into prisons

In episode 1 Senior Crown Prosecutor Eran Cutliffe works with police to take down a criminal gang using the latest method to get drugs into prisons – drones.  The documentary follows the investigation for a year as police uncover evidence which shows the precision and frequency of drugs deliveries right to cell windows.  CCTV footage helps the team piece together who is involved, and they ‘follow the money’ to bring the gang to court.

A ground breaking case against a network trading children as slaves is the focus of the second episode of this series, broadcast on Thursday 9 August, 9pm on BBC Two.  With the nature of crime in the UK changing, countering the complex offending of organised criminal gangs is one of the biggest challenges for today’s prosecutors. 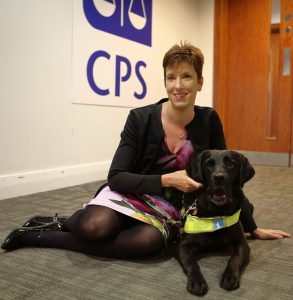 Over two years, Prosecutor Eran Cutliffe builds a case to tackle child trafficking and exploitation in the UK’s high streets.  In gang-run nail bars, customers are having their nails painted by underage Vietnamese girls who were brought into the UK in containers or lorries and moved round the country to work as slaves.

Dr Lavis said: “This really is a crime that is hidden in plain sight and we see the difficulty the CPS has in developing the case, as the victims do not necessarily see themselves as being abused. Their testimonies are often inconsistent and they are ostensibly given scripted answers to protect their abusers – all of this makes the decision to use them as witnesses in Court very difficult.”

The Modern Slavery Act was passed in 2015, but the way the law deals with the exploitation of children has never been tested in court.  Barrister and Human Trafficking expert Caroline Haughey joins the prosecution team to build the case, as it reveals the true complexity of the puzzle the police and CPS must piece together.

Study Law with The Open University

To find out more about new technology and crime, and to try our crime interactive, head to our broadcast page on OpenLearn: http://www.open.edu/openlearn/tv-radio-events/tv/the-prosecutors