Academics at The Open University have worked behind the scenes on a fascinating two-part series The Decade The Rich Won that hears from former insiders about the 2008 financial crash and its repercussions.

On Tuesday 25 January at 9pm, this gripping BBC/OU co-production lifts the lid on what was going on; from bailing out the banks, the tidal wave of inequality that the crisis spawned, and the ripples that remain.

They tell us how, in order to get the economy moving again, the Bank of England and US Federal Reserve were authorised to pump billions into their economies through Quantitative Easing (QE).

But according to former experts and politicians interviewed, the rich just got richer, and only a small percentage of that cash found its way to the people who needed it.

Mervyn King, Governor of the Bank of England at the time, and Alistair Darling, who was Chancellor of the Exchequer, give their opinion on the crisis in episode one, as does former Deputy Prime Minister Nick Clegg and many other well-known names.

The episode details the worldwide protests and the growing anger at inequality after the Panama Papers reveal the extent of tax avoidance among the rich and powerful. 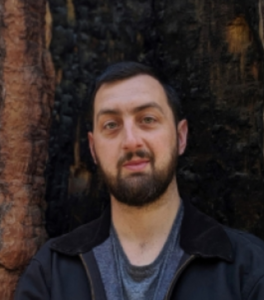 “Society has become more unequal since 2008. As the documentary shows, the decade that followed was dominated by political choices that favoured the rich, while the rest of society lost.

“It’s also a reminder that other choices could, and still can be made about how to organise society differently.”

Part two, due to be aired on Tuesday 1 February also at 9pm on BBC2, charts how governments and the Bank of England are forced to react to the economic shocks brought on by Brexit and the Covid-19 pandemic. Insiders from the world of finance tell us how these crises create an opportunity for the rich to vastly increase their fortunes. 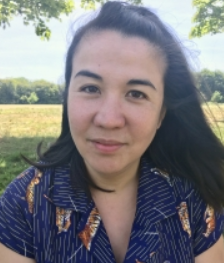 “The overall impact of a decade of QE in the UK was to support GDP recovery in a way that has been heavily skewed in favour of the already wealthy, by reproducing a low-productivity economic base predicated on low wages and precarious labour conditions.

“Things could have been different if policymakers a decade ago focused on raising investment to environmental and socially just economic activities such as a Green New Deal.

“Instead, policymakers have been forced to rely on QE to get us out of the pandemic-related economic malaise, something that is economically unsustainable and has the side effect of worsening inequality even more.”

This series was commissioned by Broadcast & Partnerships and is supported by the Faculty of Business and Law and the Faculty of Arts and Social Sciences with particular reference to Q91 I BA (Honours) Business Management, F61 I MBA (Master of Business Administration), F67 I MSc Finance, R30 | BA (Honours) Economics and modules: B327 I Creating futures: sustainable enterprise and innovation, B329 I Leadership in a changing world, DD309 I Doing economics: people, markets and policy, B859 I Financial strategy: valuation, governance and ethics, B874 I Finance for strategic decision-making and BB852 I Leadership and management of public services