On Wednesday 1 December, a new programme, Paddy and Christine McGuinness: Our Family and Autism, co-produced by the BBC and The Open University (OU) starts on BBC1 at 9pm.

In this one-off documentary, Paddy and his wife, who have three children that have been diagnosed with autism, meet other parents, experts and people on the autism spectrum to discover more about the condition.

Paddy and Christine have three children, eight-year-old twins, Leo and Penelope, and five-year-old Felicity. All three have been diagnosed with autism, a condition that means your brain works in a different way from other people and can impact how you interact with the world.

Paddy struggled with the initial diagnosis and what it meant for his family’s future. Christine accepted the children’s diagnoses more quickly than Paddy. She tells us how she sees herself in her kids and threw herself into supporting them, while Paddy focused on his work and providing for his family in the best way he knew.

This raw and intimate documentary is made over many months, following Paddy and Christine at home, as well as meeting other parents, experts, and people on the autism spectrum including footballer, Paul Scholes, who has a 16-year-old non-verbal autistic son.

Having started from very different places, over the course of filming and learning more about autism, Paddy and Christine move closer together and come to a much stronger understanding about what autism means for their family. 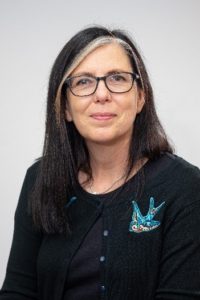 Professor Lindsay O’Dell, Academic Director of the Graduate School at the OU and Academic Consultant on the programme, commented:

“As the academic consultant on ‘Paddy and Christine McGuinness: Our Family and Autism’ I was keen to work with the film makers to show that negative perceptions of autism can have an impact on families.

“The programme, and my research shows the importance of understanding autism and how important designing spaces that are accessible to everyone. In my recent research undertaken in partnership with MK Gallery and the Rix Foundation I have begun to document how access to inclusive arts programmes is a vitally important activity for children with disabilities (including autism) and their families.”

Further resources on the programme are available on the OU’s Broadcast & Partnerships site, including a video produced in partnership with Milton Keynes Gallery about their ‘Art and Us‘ project, which provides accessible and inclusive art sessions for families with a child or children with complex needs including autism.

This programme was commissioned by Broadcast and Partnerships and is supported by the Faculty of Wellbeing, Education and Language Studies with particular relevance to Q23 BA (Honours) Childhood and Youth Studies, Q94 (Honours) Education Studies (Primary) and Q32 BA (Honours) Social Work.