OU News
You are at:Home»Around the OU»TV and radio»OU success at the 2020 Learning on Screen Awards

The Open University has won five awards at this week’s Learning on Screen Awards, which for the past 15 years has showcased the best educational film and television.

Three of the OU’s BBC co-productions, David Harewood: Psychosis & Me; BBC Ideas: OU Playlist; and 8 Days: To the Moon and Back celebrated wins, with the latter also being presented with the overall, prestigious Premier Award. The OU’s free learning site, OpenLearn was a winner too, with its educational video made with Tilt Productions, ‘Intimate, not intimidated: It’s time to talk about sex and disability‘ taking home the Education Film (University) Award.

8 Days: To the Moon and Back 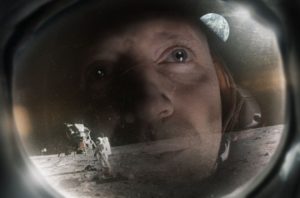 8 days, 3 hours, 18 minutes, 35 seconds. That’s the total duration of the most important and celebrated space mission ever flown – Apollo 11, when humans first set foot on the Moon. It was a journey that changed the way we think about our place in the universe. The feature-length film, 8 Days: To the Moon and Back was created to mark the 50th anniversary of the Apollo 11 mission. Using previously classified cockpit audio, it gave a unique insight into the astronaut’s fears and excitement.

The film can be viewed here.

“The significance of the Apollo 11 mission cannot be overstated and it is one of the biggest achievements of humanity. At The Open University, we have a rich tradition of carrying out world leading space research and it is our partnership with the BBC that allows us to further extend our reach to engage and educate learners across the world through the co-production of programmes such as 8 days. On behalf of the entire team I would like to thank you all for choosing us for this award.”

The panel of judges, added:

“High-quality and typically slick, in particular praised its use of audio and CGI.”

David Harewood: Psychosis and Me 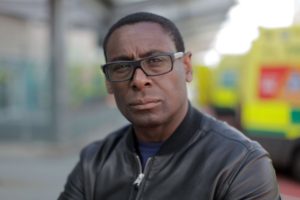 David Harewood from Psychosis and Me © Films of Record

At 23 years old, David Harewood had a psychotic breakdown and was sectioned. As he puts it, he ‘lost his mind’. On World Mental Health Awareness Day 2017, David took to Twitter and spoke publicly about his experiences for the first time. He was overwhelmed by the response. Psychosis and Me tells the full story – to piece together what happened to him and help others understand what it’s like to experience psychosis.

The programme can be viewed here.

“To have had the opportunity to be involved in this documentary as the Academic Consultant for The Open University has been a privilege. Clearly it is a personal experience to David and for him to have shared it in this way is hugely important in terms of raising awareness of what is a very serious matter. We are all very delighted to have won – thank you David.”

The panel of judges, added:

“Incredibly brave, gritty and compelling film and in particular praised its confidence.” 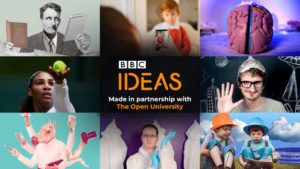 Our three-year partnership with BBC Ideas has gone from strength to strength and there is now a total of 28 videos on the OU playlist, attracting over 2.5 million plays. The partnership gives the OU the opportunity to showcase our research and academic experts, with videos including: I went from prisoner to PhD; The power of quiet leadership; How stories shape our minds; Three invaluable tools to boost your resilience and Could you be suffering from ‘plant blindness’?

You can view all of our OU videos here.

It’s Time to Talk about Sex and Disability

“We were (both) so delighted to win this award for ‘Intimate Not Intimidated: it’s time to talk about sex and disability’,  but especially for all of the young people with life-limiting/life-threatening conditions that contributed to the filming and spoke so candidly about their lives.”

The film can be watched here.

More information on other OU/BBC co-productions can be found on here.

Hannah is part of the Media Relations Team at The Open University, working with the Faculty of Wellbeing, Education and Language Studies. With experience both agency and in-house, Hannah has worked on campaigns for a number of large corporate companies and brands, including RBS, NatWest, Travelodge, Audible, AA and the Royal Academy of Dance. She has completed a Masters in Publishing Studies from Oxford Brookes and is currently studying towards an MBA. In her free time she enjoys photography, reading and going to the theatre.