OU News
You are at:Home»Around the OU»TV and radio»New OU/ BBC co-pro charts the rise of the Premier League

As English football entered the 1990s, the game was in crisis. The golden days of the post-war era had long gone. Attendances were in decline and England’s best talent was moving abroad in search of better football and better pay. Something needed to be done, and fast.

That something was the birth of the Premier League in 1992 when five clubs audaciously broke away from the Football League – starting a 30-year-long soap opera that continues to enthral an audience of nearly five billion people around the world.

Now, this remarkable sporting story is the subject of a new four-part series co-produced by the BBC and The Open University (OU). Fever Pitch: The Rise of the Premier League starts on Monday 6 September on BBC Two at 9pm and reveals the definitive insiders’ story of how successive groups of business brains, players, agents, and journalists transformed English football. 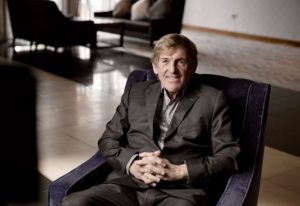 The series explores the extraordinary experience of those central to the rapid evolution of the high-profile and lucrative sporting competition, including Eric Cantona, Vinnie Jones, Alan Shearer, and David Beckham; and charts the story of how English football was transformed from a sport into a business, literally overnight.

One of the programme’s academic consultants, Dr Alex Twitchen, Senior Lecturer in Sports Coaching Practice and Learning at the OU, said:

“The Premier League has become the richest and most popular football league in the world. Fever Pitch: The Rise of the Premier League tells a unique and compelling story of its early history by focusing on the experiences of those who were there at the start. It captures fascinating insights that present a different perspective on the league’s first few seasons.”

Senior Lecturer in Sport and Fitness at the OU and fellow academic consultant on the show, Simon Rea, says the formation of the new league wasn’t without controversy, but that it has benefited clubs lower down the football pyramid. Rea commented:

Fever Pitch: The Rise of the Premier League airs on Monday 6 September on BBC Two at 9pm, with the following three episodes on at the same time each Monday. The complete series will also be available to watch on BBC iPlayer.

This series was commissioned by Broadcast and Partnerships and is supported by the Faculty of Wellbeing, Education and Language Studies, with particular relevance to:

Visit the OU’s new Broadcast site to watch exclusive interviews from the programme’s contributors including Harry Redknapp, Gary Neville and Alan Shearer, and read Dr Twitchen’s accompanying article about how the tense relationship between The Football Association and The Football League led to the creation of the Premier League.