OU News
You are at:Home»Around the OU»TV and radio»New BBC series delves into unseen world of the British Foreign Office 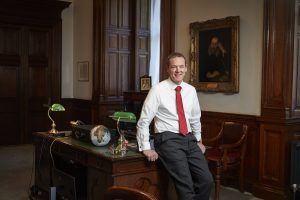 Sir Simon McDonald, Permanent Under Secretary and Head of the Diplomatic Service

The Open University has partnered with the BBC to co-produce a three-part documentary, which explores the strange, secretive and fascinating world of the British Foreign and Commonwealth Office (FCO). Inside the Foreign Office begins on Thursday 15 November at 9pm on BBC Two.

Filmed over 12 months, the fly-on-the-wall series follows diplomats, ministers and senior secretaries, as we gain a privileged insight into some of the most sensitive jobs in government. From UN negotiations to preventing forced marriages, each episode looks at a different role of the FCO, going under the skin of the glamorous appearance to the hard-hitting and fast paced reality. 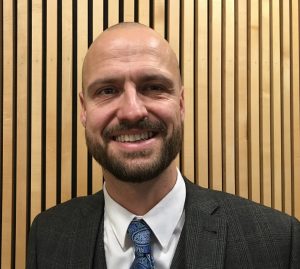 Dr Edward Wastnidge, Lecturer in Politics and International Studies and Dr William Brown, Senior Lecturer in Government and Politics are the academic consultants for the series, and have been advising the producers of the series.

Dr Edward Wastnidge, who recently presented his research on Middle Eastern politics in the House of Commons, said: “The series contains plenty of human drama, as we delve into the enigmatic workings of the Foreign Office. We can see that it is not all glitzy receptions, as the documentary reveals the grittier side of international relations. It’s particularly interesting to see the tension between civil servants and elected politicians; with civil servants having to put their own personal political feelings aside to serve the government of the day.”

Dr William Brown commented: “It’s the human beings behind the job that make this programme remarkable – their personal dedication to support individuals goes above and beyond.”

Episode one examines diplomatic efforts to prevent wars by helping fragile countries prosper. In the weeks leading up to the landmark UN General Assembly, we see as Ambassador Matthew Rycroft negotiates with his Burmese opposition following the sudden expulsion of Rohingya Muslims from Burma.

With Brexit on the horizon, episode two follows top officials as they strengthen relationships to increase trade with Europe and the rest of the world. Boris Johnson is seen travelling the world, as he is advised on tactics to build support – shortly followed by his dramatic departure from the position, and the quick turnaround as Jeremey Hunt is bought in as the new Foreign Minister.

The final episode focuses on a handful of incidents from the 20,000 serious consular cases the FCO deals with 50every year, including a British man who believes his vulnerable elder brother is being duped into marriage by his Philippian girlfriend, and a young British citizen of Iraqi heritage who is being forced to marry her cousin on her 18th birthday.

Read Dr William Brown’s jargon buster to understand some of the titles and phrases used by the Foreign Office.

Listen to a discussion chaired by Dr William Brown, examining how Britain is responding to rapidly changing global politics. It features experts Tom Cargill, Executive Director of the British Foreign Policy Group, and Dr Victoria Honeyman, lecturer in politics at the School of Politics and International Studies at the University of Leeds.