OU News
You are at:Home»Around the OU»TV and radio»Greatest person of the 20th Century? You decide

BBC Two is starting its search for the greatest person of the 20th Century, inviting audiences to get involved and vote for their favourite icon in the most ambitious BBC history series in over a decade.

Icons, a co-production with The Open University, tells the definitive story of a century of change through the people who had the most impact on it. The first episode, focusing on great leaders, will be broadcast on Tuesday 8th January at 9pm on BBC Two.

There are 28 shortlisted icons, carefully selected by a panel of experts and Open University academics. Destined to ignite discussion and debate, from this shortlist Icons will ask the public to decide their greatest icon of the 20th Century.

Sports icons show anything is possible

Dr Simon Rea, Lecturer in Sport and Fitness, says that sport icons show us anything is possible if we want it enough:

“All of the sports icons have been responsible for instigating social change and the way that we think about certain groups in society. This is in addition to being some of the highest achieving and greatest sportspeople of the 20th Century and representing the drama, excitement, emotion and inspiration that sport is uniquely placed to provide.” 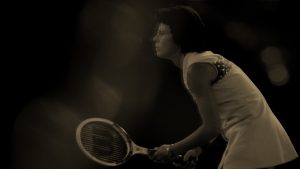 Billie-Jean King was a trailblazer for women

Dr Rea is rooting for tennis player Billie-Jean King to win the accolade: “Billie-Jean King changed the landscape not only for female tennis players, female sports professionals but females in general. She showed women that they could stand up to their employers and demand equal pay and equal rights for equal work. This is a struggle that continues today – but she had the energy and courage to accelerate the process.”

Scientists look at the world in a different way

Dr Neil Smith, Senior Lecturer in Computing, is a keen advocate of the impact of the work of scientists: “Scientists are people who are determined and follow through with results even if it’s a struggle. They look at the world in a different way and ask the questions that most people just skip over. They see the importance and impact of their work in the wider world, and work to make a real difference to real people’s lives.” 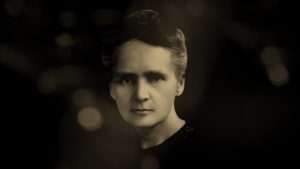 Across seven episodes, celebrity advocates will celebrate the achievements of the some of the greatest figures of the 20th Century, from seven different categories of human excellence:

Explore all of The Open University’s free materials relating to the series on OpenLearn.